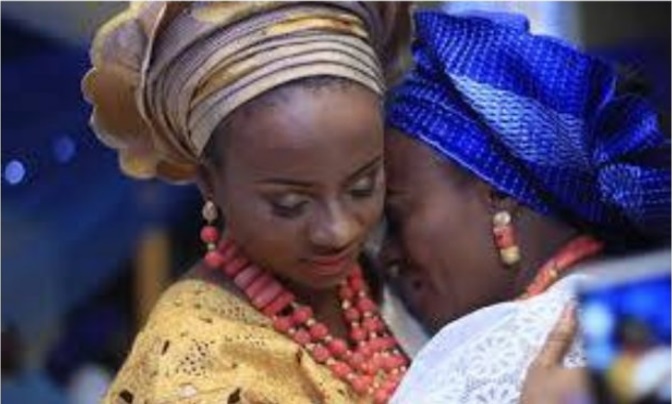 It was indeed a gloomy afternoon in a family compound in the Abule-Egba axis of Lagos-state. As an elderly woman dressed in full traditional attire was rushed to a nearby health center in a Lexus jeep designed with colorful ribbons.

The group raised eyebrows in the contrite waiting area of the health center as the latest set of visitors were dressed in matching traditional attire obviously known as Aso-ebi and could not contain their anticipation they went on chattering on and on about what could have happened.

The woman who collapsed later regained consciousness and some patients could hear her yelling from the hospital ward. According to her family members, her daughter’s marriage was scheduled for 10 am that morning but all celebrations proceeded gradually while awaiting the groom’s arrival. The bride already fully dressed and made up was with her friends in her bedroom waiting to escort her out when the time comes. She kept calling her boo to find out the cause of the delay, according to her he went to pick up souvenirs from the printer who delayed him but was heading down to the occasion and was in a bit of traffic.

At about 4 pm wailing eroded from the inner quarters of the home as the news quickly spread like wildfire that the bride had received a text from the groom saying he was tied up and couldn’t make it, then switched off his phone. The music band playing stopped at once as confusion consumed the compound. The bride’s mother crying and wailing profusely saying how she had spent all her savings to pay for the wedding ceremony including the groom’s complete attire and shoes. They were to visit the marriage registry the following day. Due to the groom’s poor financial status everything had been paid for by the bride’s mother.

On interrogation later she said the couple had insisted on having the introduction and traditional marriage on the same day to save expenses. The man has visited her home severally with his family and friends but she only communicated with his parents on phone and they were to meet on the said day.

What a sad day for the bride and her family.