THE LIFE AND LIES OF OKORO BLESSING. 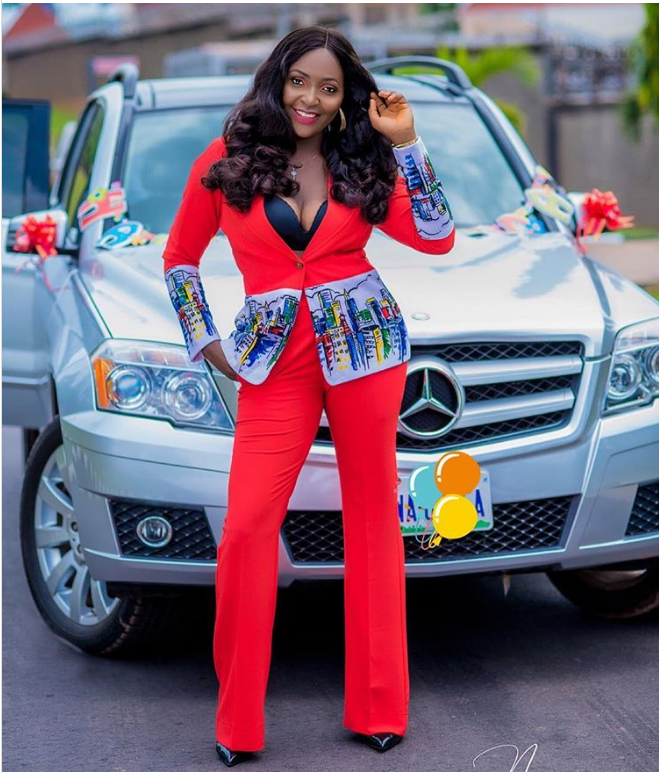 Okoro Blessing is known for many things. A blogger, A relationship expert, A woman whose ex-husband kicked her out eight years ago, And a liar.

Recently, she emerged on social media to show off her completed two-story house with six flats for rent. According to her, it was the perfect gift to herself for her 30th birthday.

She shared a story of her past with more photos of her new house; If you would call it a story.

As her post went on, it looked more of the tale of a pained bitter woman pining for her days of marriage than a tale of an empowered woman inspiring other women.

It got worse when the real owner of the house showed up on Okoro’s Instagram page, raining on her parade.

Caught red-handed between shock and an awkward place, Okoro admitted her wrongdoing. She had lied. And the apology which followed was a long one.

If there is anything to take away from her post, it is the fact that nobody pressured her. She pressured herself. To create the image of this strong independent woman who could live without her ex-husband or any other man, she created expectations she could not meet.

“So why did she post a lie on social media?”

Either way, it cannot be denied that Okoro has made a mistake. However, as a role model to impressionable young people, you must learn the following lessons from her and the world of social media.

1. NOBODY IS IMPRESSED BY YOUR SHOWOFF

To put things simply, nobody is impressed by your showoff. Sure, they might pretend to be “impressed” or “happy with you” just to make you feel better, so you can have your fifteen minutes of fame and attention until the next best thing comes along.

Nobody is that impressed by your achievements.

The fact that you got a job interview, or you met the love of life might be significant, for yourself and your family at least.

But not those social media followers.

Why are celebrities, the rich and other people of might celebrated?

Because they are the product of what few people have attempted, and even fewer people have succeeded.

This is not to say dating someone isn’t much of an individual achievement. But when you make a big deal about it every single day, then yes, it is both unimpressive and amusing.

So what if you got a new girlfriend or boyfriend? Or you just got engaged. Another person can switch status from “Single” to “In a relationship* too. Especially with the functions of social media and dating apps.

And that is where reason number two comes in. It is amusing.

After showing off your relationship across social media, what do you think happens in the event of a breakup or a divorce?

Well, you have strangers given front row seats to seeing your meltdown as you try destroying all evidence of your once existent relationship from your social media profile.

And then they will ask you “Hello dear, is everything going well?”

2. SEE THE FULL PICTURE, NOT THE SNAPSHOT

A snapshot is merely a shot caught in the heat of the moment. You blink, you miss.

If you had a marker on this continuous flow of your time you find yourself living, the snapshot is the closest you might get. So years and years later, you can always hold that picture, or login into social media to mentally revisit that moment in time.

Now can you do the same about other strangers’ snapshots?

As in when you see that snapshot of their happy family, new car, new house, and new spouse. Can you claim to feel what they felt in that exact moment as they took that picture?

Many times we find ourselves comparing our entire lives to a snapshot in someone else’s moment in life.

If you could see into their heads, feel the thoughts they felt. Would you know that that hot girl who poses on Instagram every single day is unhappy with her life? Or that cool looking dude is a suffering mess looking for meaning in his life. Do not let affluent displays of wealth and emotions fool you.

If you could see these things that social media has masked from your sight, you wouldn’t want to befriend them, or aspire to adopt their lifestyle.

You’d probably say to yourself: “I’m going to become that? No thank you.”

3. THE COST OF VALIDATION OR ACKNOWLEDGEMENT

Do not speak of validation as if it were a bad thing, for without it how would you make friends, and would they make a friend out of you. To gain validation is establishing a connection with someone who acknowledges, accepts and understands your feelings.

It goes beyond feelings too. It encompasses your actions, your decisions, and your achievements. People crave validation from other people who will acknowledge their existence. Be it their family, friends and all the way to strangers on social media. It is a human thing.

And as a human being, there are times when you develop tendencies to care about what others say about your relationship or marriage. It is not surprising to hear stories about a man or a woman whose friends and peers tell them how their spouse isn’t the right person from them.

Instead of the man or woman to think for themselves or possess a healthy degree of self-confidence to stand their ground, they bow to the pressure, thinking others know what’s best for them

And that’s the thing; you care too much about what others think of you than what you think of yourself. You trust other people’s opinions about yourself than you trust what you know of yourself.

You can listen to them if you must. However, at the end of the day, the final decision comes down to you.

People on the internet might forgive and forget. But the Internet never forgives and forgets. Like life, it always has, always is and always will be.

Learn from Okoro’s embarrassment and public humiliation on social media.

While doing so, pay heed to this quote:

“The biggest challenge after success is shutting up about it.” — Criss Jami.