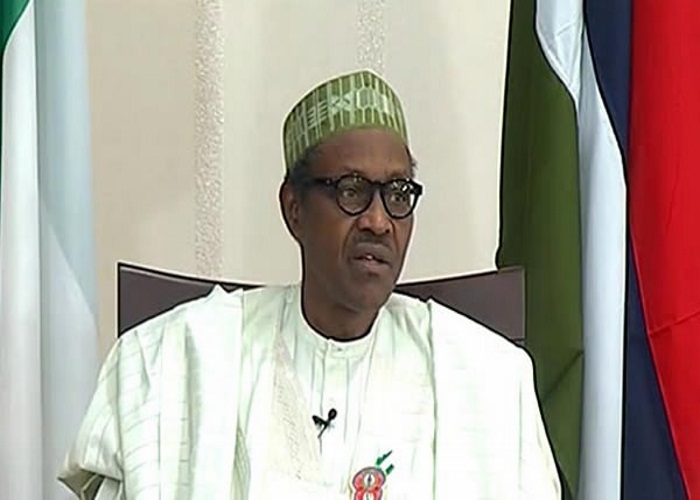 President Muhammadu Buhari held his first Presidential Media Chat on Wednesday fielding questions about some of the key issues in the country from the whereabouts of the Chibok girls, the Nigerian Army-Shiites clash and pressure to devalue the naira.

Here are some key comments by the President:

i. I have allowed the army and the Kaduna State government to come up with their reports before I come out to speak on the clash. This does not mean that the police and the DSS are not doing their part.

ii. The situation in Zaria is very serious… How can one group create a state within a state?

On the state of tertiary institutions

I don’t like the idea of University students sitting on windows to receive lectures.

On whether he actually promised to pay unemployed youths N5,000

I cannot come here and deny that.

I. We need power, railways, roads… These are our priorities; not people looking for money to bring in rice (to the country).

II.Foreign exchange will be made available to the productive sector of the economy and not for luxury items.

On calls for the devaluation of the Naira

I need to be convinced about devaluing the Naira.

I declared my assets four times… I don’t have to ask them (Code of Conduct Bureau) to give you the asset declaration… You have a constitutional right to the documents.

On the continued bomb attacks in parts of the North-East

I. The Hijab will have to be banned if this (the suicide bombing) continues.

On the debate about fuel subsidy

By the end of the next quarter, we will not be talking about subsidy. How much is the price of

fuel (in the international market) now?

Reported plans by the National Assembly to spend billions on cars

I cannot see the National Assembly spending N45bn to buy cars on top of the transport allowance they collect.

On the pace of the anti-corruption war

I. Our major constraint is that accused person must go to court first and under such circumstances, we cannot prejudge what the courts will do but there are documents and how the government will react through the Ministry of Justice will determine what we will do because what we are going so we cannot determine issues while they are still in court.

II. If any member of my cabinet is corrupt, I will sack the person.

III. Members of the cabinet are supposed to declare their assets.

On whether funds have been recovered from looters

I. Money has been recovered but the fact that whatever we recover will end up in court because Nigerians will always want to know the truth and the truth will be what the courts have discovered by the submission made to them in terms of bank statements where money was recovered, where money was lodged, when it was lodged, how it was lodged whether it was money from petrol, customs and excise or money directly from the Central Bank. When we do that I think Nigerians will feel a bit better.

II. It is a very nasty situation that we are in, but we cannot fold our hands and not do anything; we are doing our best.

We are keeping our options open. We are prepared to negotiate with boko haram for the girls… There is no firm intelligence where those girls physically are and what conditions they are in but what we learnt from our intelligence is that they (terrorists) kept on shifting them around so that they are not taken by surprise and they get freed. And a whole lot of them are not in one place and we don’t know how many divisions they have and where they are. There is no intelligence to say that the girls are alive and in one place. That is the honest truth.

On the agitation for Biafra over alleged marginalisation

You can see the type atrocities that those people committed against soldiers and the country. The former president goes to the governor of the Central Bank and say, ‘give N40bn to so, so, so… And then he fails to account for it and you allow him to go and see his daughter in London while and you have two million people in IDPs, half of them don’t even know their parents. Which kind of country do you want to run?

And the one you are calling Kanu. Do you know he has two passports – one Nigerian, one British – and he came to this country without any passport?… There are criminal allegations against him and I hope the court will listen to the case.