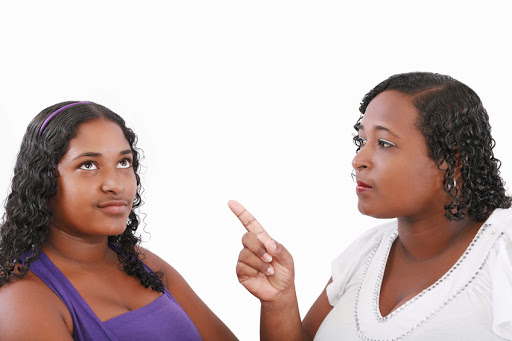 For most separated or divorced parents, co-parenting children is a big issue.

But even at that, co-parenting a teenager together can get more difficult and here are the reasons why raising teenagers is usually so tough.

Teenage years come with amazing “inescapable” physical and hormonal changes, which result in some physical and sexual maturation. This maturation holds some awkward developments, such as mood swings and behavioral changes.

More so, teenagers tend to begin thinking more abstractly, making high plans, setting priorities and long-term goals, comparing themselves to their peers, and making friends and romantic/sexual relationships. As a result, they would want to exercise greater control over their own lives and gain independence from their parents.

However, if you’ve found yourself in the shoe of co-parenting teenagers, here are a few things you should consider:

Agree To Work Together

Irrespective of how long you’ve been separated, the law and society consider you and your ex as a family. Hence, while you and your ex (either remarried or not) may have a different set of values or differences in thought and opinions on what is more important to teach your teenager, the most successful way to co-parent your child is to agree to work together.

Yes! Whenever it comes to taking a major decision over your teenager, you and your ex must form a “pseudo-unity” and agree on the steps and decisions to take over the teenager.

Teenagers could be very funny, always trying to test boundaries. Most time, they may intentionally try you to see what you would allow them to get away with. So, they see the co-parenting situation as a better opportunity for them to manipulate things to see what would work to their advantage.

However, when co-parents are “united,” communicate, and work together on discipline, direction, and expectations from the teenager, they often get better results.

When the teenager knows that he/she can’t manipulate one parent against another or take advantage of their separation, he/she would operate differently.

This is usually referred to as social butterflies. During adolescence, your child tends to seek more social companionship or social amusement. It’s not surprising to see your teenager’s social calendars get fill faster than yours.

So, it’s important to give some freedom and show him/her that you trust them to grow morally. This trust and freedom must be from both parents. If you’re very restrictive while the other parent is flexible, allowing the teenager some necessary social space, chances are that your teenager would everything possible to get break out of your “restrictions” and get the social space and freedom he/she needs.

Fine, we all have the best interest of our teenager at heart. Nevertheless, we ought to let him/her know that you trust him/her. So, while you and your ex create the necessary boundaries and restrictions around your teenager, it’s also important for both of you to allow him/her some necessary social space to grow, make mistakes, learn from the mistake, and learn about life in general.

This is a further clarification of the point above. While it’s true that your teenager needs some necessary social space to learn more about life, this is never a license to give your child undue freedom or allow him/her explore every nook and cranny of life. Remember, as a parent, you know best.

Naturally, teenagers always prove to show that they are capable of overstepping legitimate boundaries and co-parenting situations seem like a better avenue. But you should never give in. In a multitude of social events, potential dangers are inherent. So you must always protect your teenager from threatening and potentially dangerous situations.

As stated above, you still know much better than your teenager does. So when your teenager feels he/she is grown-up or mature enough to know what is good and safe for him/her, let him/her know that you know the situation better and know some likely things in the situation that could be to their detriment.

Let the Discipline be Consistent

Finally, be consistent with discipline. What this means is that co-parents must adopt the same form or line of discipline. For instance, if your teenager has to be raised in your home, the discipline, terms, and conditions he/she is subjected to must be the same he/she should face in the other parent’s home.

Co-parent must train and mete out discipline to their teenager not based on how they feel, but on how well it would address and structure their teenager’s behavior – and this discipline must be consistent in both homes.

Always keep in mind that if your teenager realizes that you or the other parent isn’t upholding the same standard of discipline, he/she will definitely take advantage of it.  So while you both remain caring and loving, let your line of discipline be consistent.

The essence of keeping the same standard of discipline is also to make your teenager understands that there are consequences to our actions in life.

Co-parenting teenagers is not an easy task. However, co-parents have to remember that although they are no longer together, they both need to unite and work together as a family to train their teenagers.

Co-parent’s consistent training and discipline must be done with clear communication between themselves. Co-parenting teenagers is a period to sacrifice your egos and feelings as separate parents and place training your child as your topmost priority.