The unpaid work women do adds up to $10.8 trillion per year 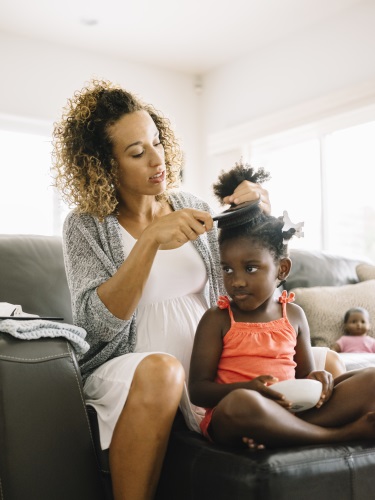 We often think of the unequal gender division of unpaid labor as a personal issue, but a new report by Oxfam proves that it is a global issue—and that a handful of men are becoming incredibly wealthy while women and girls bear the burden of unpaid work and poverty.

According to Oxfam, the unpaid care work done by women and girls has an economic value of $10.8 trillion per year and benefits the global economy three times more than the entire technology industry.

“Women are supporting the market economy with cheap and free labor and they are also supporting the state by providing care that should be provided by the public sector,” the report notes.

The unpaid work of hundreds of millions of women is generating massive wealth for a couple of thousand (predominantly male) billionaires. “What is clear is that this unpaid work is fueling a sexist economic system that takes from the many and puts money in the pockets of the few,” the report states.

Max Lawson is Oxfam International’s Head of Inequality Policy. In an interview with Vatican News,he explained that “the foundation of unpaid work done by the poorest women generates enormous wealth for the economy,” and that women do billions of hours of unpaid care work (caring for children, the sick, the elderly and cooking, cleaning) for which they see no financial reward but which creates financial rewards for billionaires.

Indeed, the report finds that globally 42% of women can’t work for money because of their unpaid care responsibilities.

According to Lawson, you can’t fight economic inequality without fighting gender equality, and he says 2020 is the year to do both. Now is a great time to start, because as Motherly has previously reported, no country in the world is on track to eliminate gender inequality by 2030 (one of the Sustainable Development Goalsadopted by 193 United Nations member countries back in 2015) and no country will until the unpaid labor of women and girls is addressed.

“Governments around the world can, and must, build a human economy that is feminist and benefits the 99%, not only the 1%,” the Oxfam report concludes.

The research suggests that paid leave, investments in childcare and the care of older adults and people with disabilities as well as utilizing technology to make working more flexible would help America close the gap.