WHAT PARENTS CAN LEARN FROM THE DEATH OF DISNEY STAR CAMERON BOYCE. 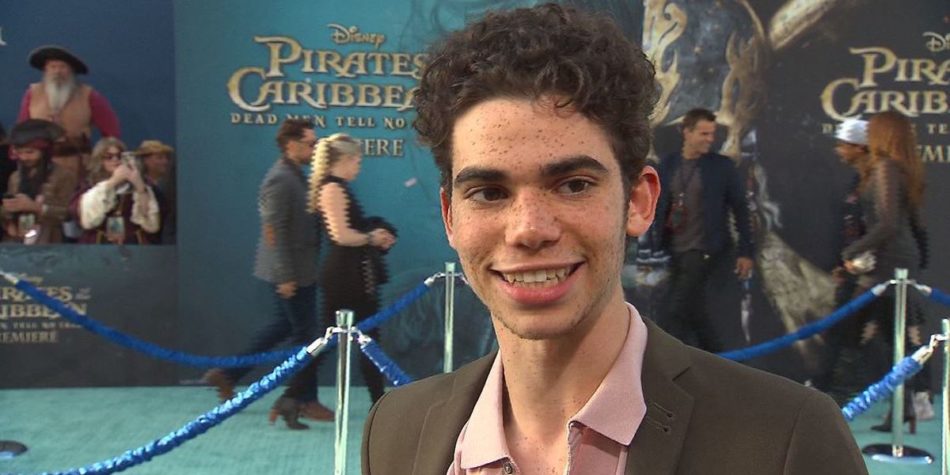 DEATH OF CAMERON BOYCE. From Disney Channel’s family drama Jessie and Descendants – which many children across Nigeria and the world have sat down to watch on early Saturday mornings – to the big screen, Cameron Boyce has starred in many films loved by children and adults alike.

Alas, the popular young Disney star was found dead in his home a few days ago, on Saturday to be exact, at the age of 20.

The statement released by the medical examiner stated that Cameron was found unresponsive in his home and pronounced dead on the scene after the authorities became involved. A statement was also released by a spokesperson for the family who said that the Disney star died after having a seizure in his sleep. The statement went as follows:

“It is with a profoundly heavy heart that we report that this morning we lost Cameron…He passed away in his sleep due to a seizure which was a result of an ongoing medical condition for which he was being treated. The world is now undoubtedly without one of its brightest lights, but his spirit will live on through the kindness and compassion of all who knew and loved him…We are utterly heartbroken and ask for privacy during this immensely difficult time as we grieve the loss of our precious son and brother,”

On Monday, Cameron’s father Victor Boyce finally broke his silence on his son’s sudden and tragic death. He wrote: “I’m overwhelmed with the love and support our family has received,”

He further went on to say that the outpouring of well-wishes the family has so far received helped him to “ease the pain of this nightmare I can’t wake up from….I can’t thank you guys enough,”

Since the heartbreaking news of Cameron’s death, several of his fellow actors and costars have expressed their grief.

One such actor is, Adam Sandler, the voice actor for Count Dracula in the cartoon Hotel Transylvania and who had played as Cameron’s dad in the films Grown Ups and Grown Ups 2 in an Instagram tribute said, “Too young. Too sweet. Too funny. Just the nicest, most talented, and most decent kid around. Loved that kid…Cared so much about his family. Cared so much about the world. Thank you, Cameron, for all you gave to us. So much more was on the way. All our hearts are broken. Thinking of your amazing family and sending our deepest condolences.”

The Descendants director Kenny Ortega wrote in an Instagram post: “My Love, Light, and Prayers go out to Cameron and his family. Cameron brought Love, Laughter, and Compassion with him every day I was in his presence. His talent, immeasurable. His kindness and generosity, overflowing,”

It came as no surprise that the cast of the Disney franchise, in which Cameron starred as Cruella de Vil’s son Carlos, were in a state of complete shock at the news of his untimely death. The cast had a strong bond and continuing on without Cameron seems unimaginable.

The third installment of the film franchise, Descendants 3, has been set to premiere on the 2nd of August on both DisneyNow and Disney Channel and many of us will always remember this sweet boy who was the heart of so many family films and TV series.

HOW TO INFLUENCE YOUR KIDS’ HEALTH BEHAVIOUR

While it’s tragic how Cameron died at such a young age, it was stated that he had been battling epilepsy for a long time and his parents doted on him as they worried about his health.

As a parent, research has shown that the way you react to illness has a lot to do with how your parents reacted when you were a child. Children often repeat the things they learn from their parents after all.

If you recognize this behavior in yourself as a parent, it is time to make some changes. No parent wants their child to die from illness, but instead of compounding the matter, help reduce their risks by helping your child have a healthier approach to their illnesses. Take a look at a few changes you can make:

It is perfectly natural to worry and want to indulge your kids when they are sick, but if you make too much of illnesses, you could be setting up your children for problems in the future.

If your children learn that being sick also means being given special treatment, they might grow up with a tendency to overestimate their own illnesses, stay sick longer, and seek medical attention more often than they need to. This also means that when they truly need help (you may no longer live together), the illness may be passed off as “normal”.

A healthy and educated approach to your child’s illness no matter how minor or chronic is the best illness behavior to have in order to protect your children as they grow through adolescence into adulthood.