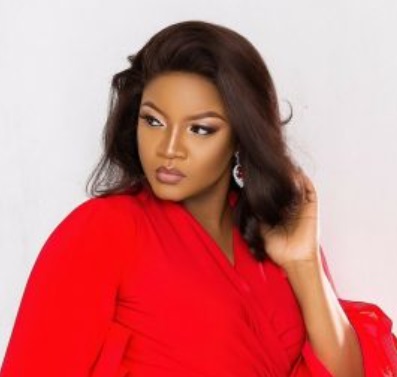 Omotola Jalade-Ekeinde this evening replied a rape apologist who stated on Twitter that women encourage men to rape them by appearing sexy.

The actress had earlier taken to her Twitter handle to advise rape victims to speak out whenever such a thing happens to them.

”I have just watched a disgusting Rape video.pls if you have been raped or know anyone else who has. These are New times!Everyone is on your side now!Pls speak out! If you dont report it, the demon(s) might never be caught and will Rape others! Do it for yourself, do it for others” she tweeted

A Twitter user with the handle @FaradaySamuel took to comment section of Omotola’s post to say the women should stop appearing sexy so they don’t get raped.

”That’s a good point. But I want you to emphasize that women should de-sexify which means they should lay less emphasis on appearing sexy. This is a truth women don’t want to hear. Women are helping to arouse the sexual demon in men and they go for the most vulnerable for satisfcn” he tweeted

Omotola in her reply pointed out that the twitter user sounded like a beast/rape apologist. She said he will now be watched closely as the new law from NAPTIP says anyone who gives excuses for rapists will be arrested.

”You sound like a beast / Rape Apologist! Be careful there’s a New decree from @naptipnigeria  for anyone giving ANY EXCUSE for a crime! You’re now going to be watched closely.” she tweeted

Read their exchange below