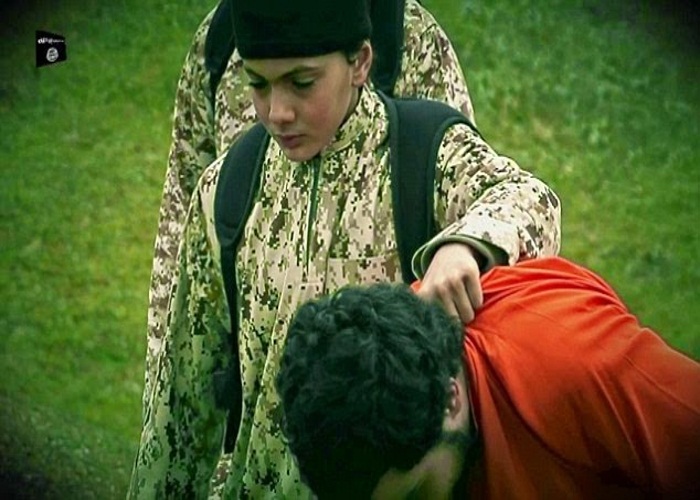 Islamic State militants have released a sickening new pictures and video that purports to show a boy shooting dead a 19-year-old Israeli-Arab who was taken hostage by the terror group.
The film shows a man identified as Muhammad Said Ismail Musallam describing how he was sent by Israeli intelligence to infiltrate ISIS in Syria, where the group claim he was captured last year.
Wearing an orange jumpsuit, the hostage is later kneeling at the feet of two uniformed militants, one of whom appears to be no older than 10, before being shot in the forehead at point-blank range.
But while ISIS claim the child – described in the video as one of the ‘cubs of the caliphate’ – was the shooter, careful editing means it is impossible to tell whether he pulled the trigger.
Earlier today, Twitter accounts linked to the terror group shared preview clips of the video, which has not been independently verified.
Islamic State claimed Mr Musallam had posed as a foreign fighter when he joined their ranks last year but later confessed to being an agent for Mossad, the Israeli intelligence agency.
The accusation has been denied by an Israeli security official and by his parents – who claimed he had travelled to the region to fight alongside the jihadists.
The video, published today by the group’s Furqan media outlet, is the latest in a series of propaganda videos that purportedly show the execution of ISIS hostages, including three Britons.
It also lists the names of 13 other men – including Mr Musallam’s elder brother and father – who the group claims are working for Mossad.
See more pictures… 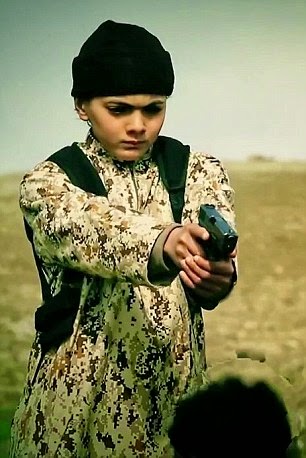 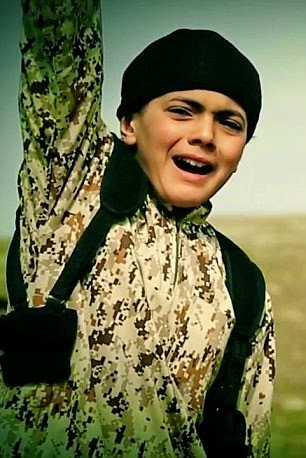 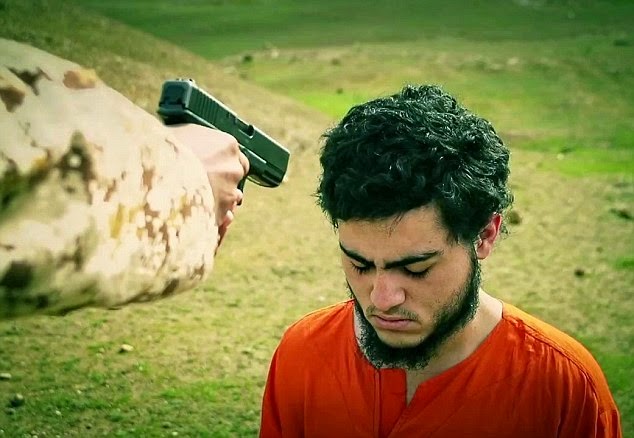