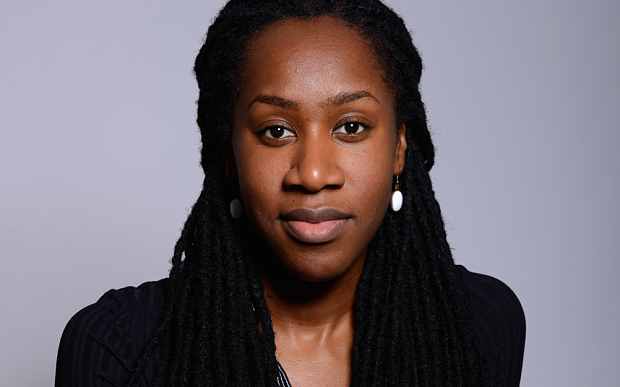 Tori Ufondu is a life coach with a difference – she only works with male clients. That is because it’s a bigger struggle getting men to open up, she said.“There are a lot of female life coaches who only work with women,” says Tori Ufondu. “But I always wanted to work only with men.”The reason behind this, she explains, is that men are more of a challenge. They don’t open up, and if anyone asks if they have any problems, they’ll respond, like monosyllabic teenagers, that they’re “fine.” Due to this, it’s usually believed that they are fine. On the other hand, it’s abundantly clear that they are not. Based on the ONS, 78% of UK suicides are male – and, moreover, the male suicide rate has risen markedly since 2007, while the female rate has not.“Men don’t share,” she says. “We all need to help them open up about their problems.”Ufondo identifies herself as a mindset coach. This simply means working together with people to change how they think which in turn enables them to go on and change their behaviour.

“It could be problems they have at work or at home, things like high anxiety and negative thoughts.” These can be fixed (or at least helped) by recalibrating people’s thinking processes, by challenging their beliefs and assumptions. “If, for instance, you assume that your boss thinks you’re terrible, it can affect everything you do.”
• Men need to open up about depression, not man upAlthough Ufondu describes herself as a life coach instead of a career coach, she sees work and life as a continuum, rather than discrete areas. “People will come to me and say, ‘I can’t get on with my son or wife – but you soon realise that they have the same issues with a work colleague.”
Interestingly, many companies still do not see it this way: “If someone’s having problems at work, the first thing their employer will ask is, ‘Is there something wrong at home? But often they’re both manifestations of the same underlying problem.”

One client, she says, was a senior executive who was having having anxiety attacks before he went to sleep. “The man would ruminate over big questions like his place in the world, whether or not there was a god and why we did things like work. He also struggled to be in a room alone.
“He felt that he should be doing something – and rather than endure solitude, he would force himself to go out to work and social occasions.”

• ‘My brain’s on fire’: man films his own panic attack
To tackle his fear of being by himself, she did an exercise where she took him back to the parts of his life where he’d been alone. “Finally we got back to when he was seven and as a child he had been left alone while a family went to a wedding.”
The solution was to change the way he viewed this particular experience, “Rather than feeling alone and and abandoned, it was about saying, ‘You have a whole big house to play in and you’re free to do what you want.’”
As for the big questions before he turned in, these were down to the expectations others had of him. “He needed to reconnect with his own motivations. For instance, one of the reasons he was working so hard was so that his children could have a good life. A lot of it’s about reminding people of who they are – outside of what other people think.”

• The worst personality types you encounter at work
The majority of the other issues she handles are what you might expect from successful people. Fear of failure is big, as “imposter syndrome” where high-flyers feel as though they’re frauds who do not deserve their success. Relationships also feature often: “Some of my clients are in very long relationships – and if you got married at 25, your wife may be a very different person at 55.” This doesn’t mean that the relationship is doomed, but it is something you need to recognise before you start dealing with the problems you have.

There are also sexual issues – and these can be rather more surprising. “A lot of men in their fifties are starting to experiment in ways I don’t think society is aware of,” Ufondu explains. The thing is some of them have had it all in terms of women: they’re successful and they’re married but they’re risk-takers so they’ve also had affairs, had mistresses and used prostitutes.
Add this to changing societal norms and less rigidly defined sexual orientations, and the next step is obvious. “They’re looking for the next big thrill,” she says, “and that could be experimenting with a guy.”
Perhaps predictably, this can result in a lot of guilt and confusion. “I don’t judge whatever it is they do, but you need to discover whether they’re doing these things because they’re fun or a thrill or as a form of self-harm.” Rather than spending time trying to define whether you are gay or straight, what you really need to work out is why you want to be with the person who is not your partner. These are, she says, “Very interesting conversations.”
Ufondu says that when she used to coach women and has been asked to help couples but, for the foreseeable future will stick to men. “The feeling I get from having helped a man with problems is different – whereas sessions with women feel more like talking to my girlfriends.”