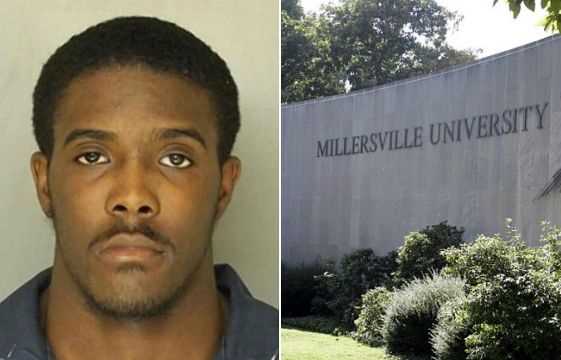 20 year old Theophilous Washington, a student of Millersville University in rural Pennsylvania, was charged with attempted murder after authorities in the school learnt that he poisoned his pregnant girlfriend’s glass of water with bleach in an attempt to abort the 2-months pregnancy his girlfriend was carrying.

Washington and his pregnant girlfriend, also a student, were at his home on Thursday and Friday  when he offered her a drink of water that had been stashed in the refrigerator.

After she drank the water, she returned to her room and began to feel a burning sensation in her throat; she started vomiting and eventually called 911 where it was revealed that she had been poisoned.

Washington has been charged with criminal attempt to commit first-degree murder of an unborn child and reckless endangering. He is now in custody on $1million bail pending a November 4 preliminary hearing. He faces up to 10 years in prison…