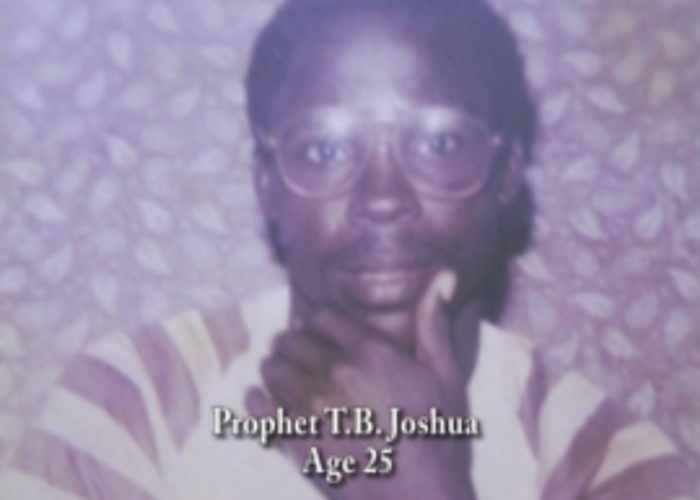 Synagogue Head Pastor, Prophet T.B Joshua shares throwback pictures of when he was 17, 20 and 25 years on his Facebook page. He also shared his experience while growing up and how he was able to rise above Poverty.

“I found myself in a family background that irritated me. My natural circumstance of birth was poverty. I come from a very humble background. Poverty loomed large in the family. The little education I had was through self effort. I know many people with a similar circumstance of birth who did otherwise. They allowed their circumstance to influence their will. Their dreams crashed on the rocks of disappointment, failure and setback”. Today, many people blame their situation on family background. Some would say, “I am poor because everyone in my family is poor.” If you make excuses for being poor, your poverty cannot be excused. Remember, you are responsible for what you give your attention to; so it is unnecessary to blame your situation on anyone. Today, it is common for people to blame their failure on their family background, whereas they attribute their SUCCESS to their personal effort. If you attribute your success to your personal effort, you should also accept the blame for your failure. When we make excuses for our wrongdoing, such misdeeds would not be excused. Nobody is too good or too bad to qualify for His grace. Remember, it was possible for me to sit somewhere and begin to make excuses for my situation. I never did. Whatever I am today is a product of that conviction that victory through Christ is victory indeed. The rest is history!” – TB Joshua