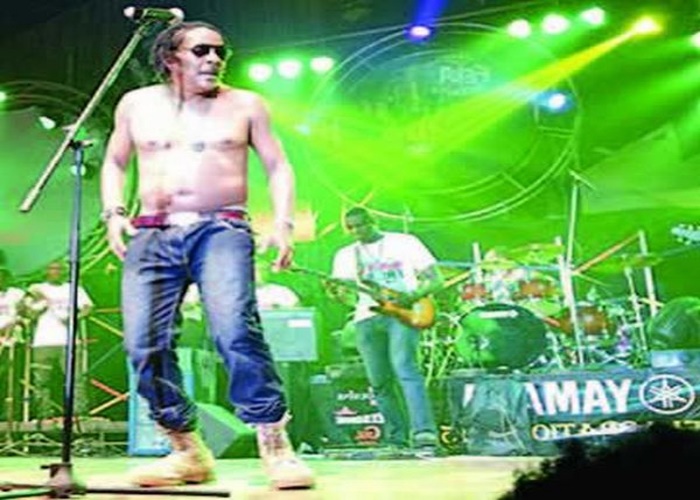 No matter how incoherent some people may feel veteran artiste, Majek Fashek is, nobody could take away his sound state of mind and the bitterness he felt when he claimed in a chat with Saturday Beats recently how Timi Dakolo, the R&B singer, “stole” his evergreen hit song, Send Down the Rain.

Timi, in 2013, had done a remix of the song but Fashek said Timi never took permission from him before doing the song.

In an exclusive chat with Satuday Beats, the reggae singer said Timi Dakolo capitalised on his state of health and remade his song without taking permission from him.

He said, “He broke the rules of copyright. He is a thief because in music business, he must take permission before he works on someone’s song. That is why we have COSON. I did not give anyone the right to do anything with my song. I have a management team I work with headed by Omenka Uzoma. Dakolo never bothered to look for me before stealing my song. He has infringed on the laws of copyright and he is not an original artiste. It is only people like Tuface, Wizkid, Olamide that are original.

“I felt bad when I learnt that he worked on my song without my consent. He did not even give me credit. He is a very bad artiste and he took advantage of the circumstance that I was facing during that time. The song is not a normal song; it is a spiritual hit song. Timi Dakolo does not know how I suffered to get that song. I fasted for seven days before I got that song. I partook in three days ‘white’ fasting before the song came to me. Timi Dakolo did not go through that. I did not fight him because I do not have time. Let God judge us.” Also commenting on the situation, Majek Fashek’s music business consultant, Omenka Uzoma, said they would soon begin to fish out all those who have been exploiting Majek Fashek.

In a telephone conversation with Timi Dakolo to get his side of the story, the young lad was quick to cut short the conversation even before our correspondent could explain reasons for calling.

“I am not in the country. There is no allegation levelled against me. Go ahead and write a better story. I am not in Nigeria,” he said before he rudely ended the call.

But do you really think Timi Dakolo stole his song?