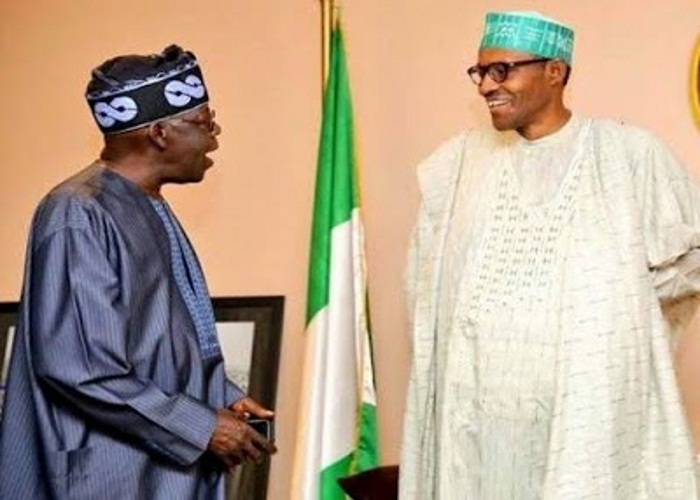 National leader of the ruling All Progressives Congress, APC, Asiwaju Bola Tinubu has said that President Mohammadu Buhari and the party have at least 100 days of honeymoon before embarking on the implementation of “change” programme.

Tinubu who defended his assertion said it was a norm the world over for new leaders to settle in the office before unfolding their agenda for their country.

The APC leader who is also a former Governor of Lagos State was in the Presidential Villa, Abuja on Tuesday for a private meeting with President Buhari.

He added that change does not come by magic, stressing that it is driven by people and proper planning.

“Excuse me! Let us calm now here. How long ago? May 29th was when this president was sworn in. It is an international norm all over the world, there is an honeymoon period, at least minimum of 100 days honeymoon.

And you won’t allow honeymoon at all? You said change is not coming. Change is not by magic. It driven by the people, the spirit and the character and the planning.

“You see, we have had so much problem in this country in the past because we run into policy blind folded without adequate and effective planning you don’t have results unless you plan well.

“The time it takes you to plan, examine, rejig, re-evaluate is more important than the time you just rush into taking action because you are either being sentimental, being emotional and being driven by other forces that are not expected. It is not fair to jump into those conclusions.

“There must be time to plan, to review and even listen to people.

There is a separation between a campaign period, articulating your vision, expressing the promises to Nigerians.

There is a time to look at holistically at what you inherited, analysis it, distil and then take action.