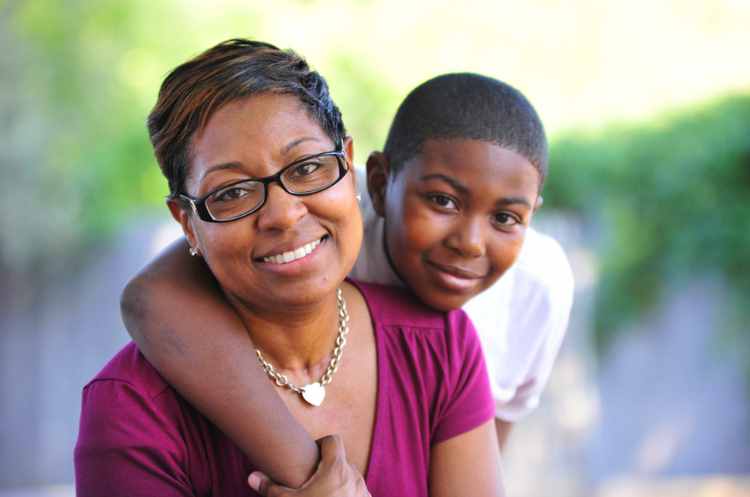 Not everyone gets the “Happily ever after…” storybook ending that all children grow up wanting in their own lives. Sometimes Prince Charming ends up being a toad or your fairytale princess ends up being the evil witch in disguise. And then there are those sad cases where you end up a single parent because of some tragic situation or accident. Whatever the case is, becoming a single parent is both challenging and overwhelming. All of a sudden you’re raising a child alone and have to transition from being a two-parent household to being a single-parent home (even if you share your children with your ex on weekends and holidays).

Newly single parents might find themselves feeling hurt, lost and disoriented, clueless as to how to continue to raise their children on their own. Although the adjusting will be a constant struggle, there are ways to help ease the transition:

To move on and find peace, you’re going to have to let your ex go emotionally. Because if you still let them have a hold on you, the harder it will be to cut emotional ties with them. This will be hard, especially if you’ve been married or together for a long time, but in the end, it will make being a single parent a lot easier since you won’t be mentally invested in something that isn’t there anymore. You’ll be able to focus on what matters during this difficult time and that’s your children.

As you mentally let your ex go, it’s time to change your perception. You’re no longer a parental unit of two and must now think as a single parent by making executive decisions about your children alone, especially if you have full custody. Sure, you can include your ex on certain decisions, but ultimately, its up to you to make sure your child gets everything they need both physically and emotionally. This new mentality will help you cut any ties of dependency you still might have.

Before the split or the loss, it was always about being a “we,” so now that you’re just a “me,” focus on what makes you happy; then go out and start doing it! If you’ve never been able to learn a new language, take up a class or get the computer software or maybe you’ve always wanted to get back to the gym? Do whatever makes you happy and as you start figuring out who you are as a single parent, you’re realized that you are a strong individual who doesn’t need a “we” to be happy.

So as you begin the new journey into being a single parent, remember to focus on yourself and becoming the very best parent and person you can become. Know that overtime, it will get easier and there is a silver lining to it all!