TOP 5 FOODS THAT WILL BOOST YOUR MEMORY 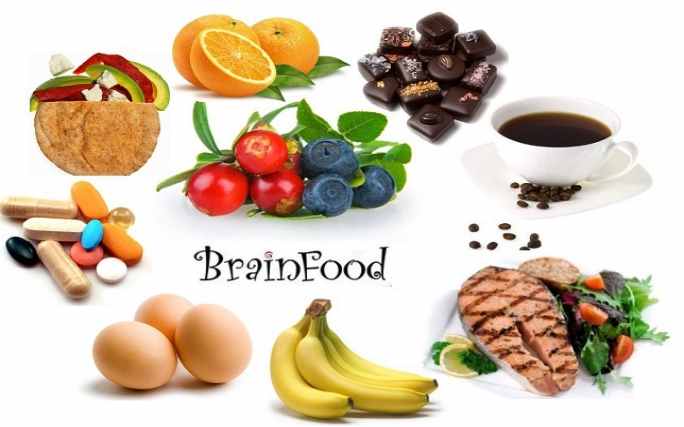 Irrespective of your age, you really can enhance your memory if you choose to. The interesting fact still remains that a lot of people underrate how blessed the human brain is. Seriously, some have even seem to liken it to the 8 gig memory card theyslot into their phones! If only we all understand how powerful the “grey and white mechanism” is, despite the great advancements the world has achieved, we would have witnessed some unbelievable inventions by now.

The good news is that it is never too late for you to work on how well you remember ideas, and reason logically. Speaking about logical reasoning, we all understand how badly the world needs that. If you still don’t, then maybe you ought to take a careful analysis of most of what individuals and nations bicker over and slaughter each other for.

So when next you meet a person who doesn’t seem able to reason in a right manner (assuming you can be a good judge of that, lol), then the following tips can help to change that fact. Also, I’m quite sure you’re not cool with forgetting your sisters’ birthdays, the names of your nephew or an acquaintance after the fifth introduction. Don’t agonize any longer, this article will introduce you to some foods that will give your memory a reawakening (albeit, not overnight).

WHAT RELATIONSHIP DO DIETS HAVE WITH MEMORY?

Good question you’d say. The top and major influence of good food material is the mopping up of what is referred to as “free radicals” from the body. The terms hypertension, arteriosclerosis, arthritis, and other diseased conditions would be so rare and unpopular if not for the damaging effects of free radicals which are actually produced as by-products when energy is being generated by the body. Free radicals attack cells in the body and also affect the frequency by which the brain produces new ones.

To cancel this damage to normal bodily function, the body in turn releases chemicals known as “anti-oxidants” present in the diets we consume. The concentration of antioxidants produced is greatly influenced by the type of diet you take, and also to a smaller extent, your gene. Yeah, and this is the reason your doctor keeps insisting you ought to take more fruits like tomatoes and guavas rather than your favorite chocolate-dripping, taste bud-teasing candy pies. Fruits contain lots and lots of antioxidants…your brain will love you for life if you succeed in making that change.  Also, a good diet especially the plant-based ones, will improve the steady supply of energy to the brain. Here are some antioxidant-rich foods that you may choose to incorporate into your meal schedule. They’ve been shown to significantly enhance memory.

In short, let’s just say this food item is a divine blessing to man. It possesses incredible concentrations of antioxidant as well as isoflavone phytoestrogens. The later ingredient improved short and long term memory when applied through research.

This fish contains 3 vital fatty acids which boosts the neural processes of the hippocampus. This greatly increases memory function.

The onion bulb is rich in flavonoids, the major one being quercetin.  It has massive action against conditions as Alzheimer’s disease. Quercetin also reduces the threat of cancer.

Yep, red wine also aids the accuracy of memory during recollections. Now just before you dash off to your favorite winer’s to guzzle down every available red wine in the bar, moderation has to play a key role here. Red wine prevents memory loss through a very potent antioxidant it contains. The antioxidant called resveratrol also doubles as an anti inflammatory agent within the body system.  That’s a cool bunch of information about red wine right? Drink with caution though, there’s a thin line between intoxication and recollection.

Age-linked memory loss is hindered by the major active ingredient in carrot known as beta-carotene. This has been shown through scientific research.

These and many more foods perform very well as regards to aiding memory functions. Don’t also forget milk, it’s alpha-lactalbumin protein does wonders for the brain.