TOP WORST THINGS YOU CAN SAY TO YOUR KIDS. 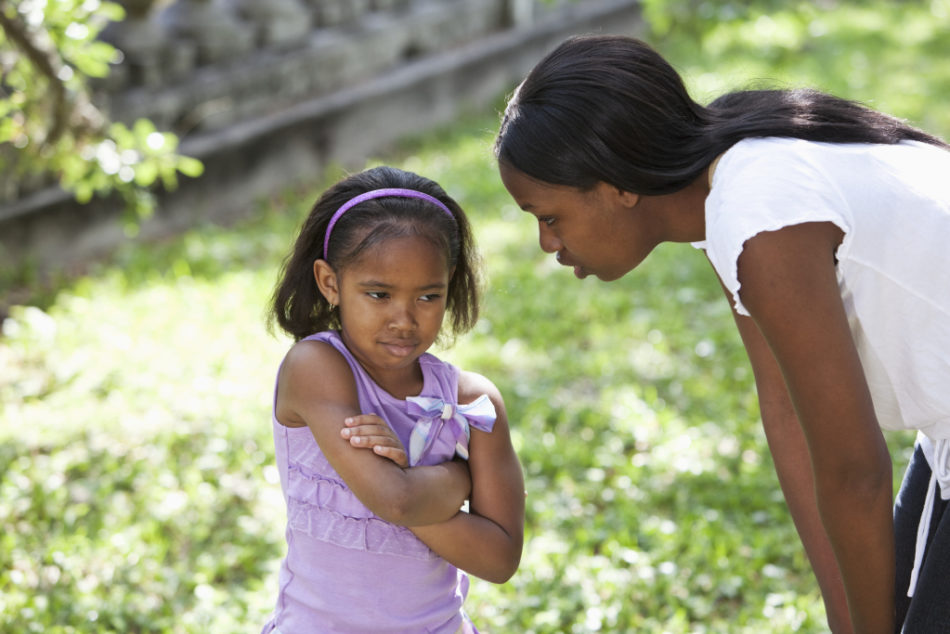 Everyone has said the wrong things at times, leaving your kids feeling hurt, angry or confused. Words can be forever damaging, especially when it comes from parents who are supposed to be the safe, supportive figures in the lives of the kids.

One thing you as a parent should know is that a parent’s support and approval are essential for your children’s wellbeing. The words you use can be either constructive or destructive to your kids’ growing sense of self. If your words are negative, they can negatively color your child’s self-image for decades. So many Nigerian parents take their words for granted and believe their words are law in the household when it comes to the kids.

Find out the worst offending words that you should never say to your children and what to say instead.

Every parent needs to take a break sometimes, yet you shouldn’t forcefully tell your kids this, or they’ll think you are brushing them off and that there’s no point in them talking to you.

Every child likes to be acknowledged and heard, in fact, it helps to cut down on tantrums and meltdowns.

Instead of answering so abruptly, answer in a way that is age-appropriate. You can even give the child-specific tasks to do while they wait for you. For example, you could say, “I have to finish something so I need you to play with your cars for a few minutes. We can go play outside as soon as I’m done.”

Don’t forget to actually follow through on whatever it is you promised that you would together afterward. Thoughtless compliments can hurt your kids too, you know?

“Why can’t you be more like your sister or brother?”

It’s very natural to compare your kids – in fact, it’s a terrible habit Nigerian parents have – but you should never let your kids hear you saying it. When you ask your kids why they aren’t more like their sibling, it only promotes unhealthy competition or undermines the child’s self-esteem, where the child feels that they aren’t good enough.

It also means that you are implying that you wish your kid was someone else when making such a comparison.

The truth is, these comparisons are never really likely to change the child’s behavior. You will only be pressuring your child to do something he isn’t ready for or doesn’t want to do.

Instead, try to encourage and inspire your children on the things they can do and praise them when they do something good, such as, “Wow, you zipped up your jacket all by yourself!” or “Thank you for telling me you had to poopoo.”

Every child comes with their own strengths and weakness and positive reinforcement from a parent is a powerful tool to help shape other wanted behaviors. Always remember to encourage and praise your child for the things they succeed at instead of harping on and on about the things they can’t do.

Besides it’s advisable to stop sibling rivalry before it starts, it’s never healthy to fan those flames.

“I could do all that when I was your age”

One thing that many parents tend to forget is that kids develop at different rates. So expecting your son to ride a bicycle or wash his own plate by the age of 7 the way you did will only make him feel like he has disappointed you.

Someone once said that parents are under a lot of pressure to ensure that their children meet a long list of expectations and so many pass this anxiety on to their kids.

Still, as a parent, you should always appreciate your kid’s efforts regardless of what they may be. Having a calm attitude towards success helps kids get over their own sense of shame when they haven’t yet met their own and social expectations.

Telling your child something like, “Don’t worry, you’ll get there,” or “Wow, you’re making progress, keep it up!” is a good way to put lesser pressure on your kids.

Many Nigerian parents are totally guilty of saying this when such a situation arises. Even if your kid did take money from your wallet, that tone will only make them feel like they are being attacked.

This may sound ridiculous to some of you but instead of attacking or taking on an accusatory tone with your child, first find out why they lied, then start a conversation about the reasons why it isn’t okay to tell lies.

“This sounds like I’m just spoiling the child,” some parents might say. But one thing you need to know is that being verbally aggressive with your child will always backfire, it can cause them to close up emotionally, and make them afraid of actually trusting you with the truth.

It may not seem like a big deal to you that your daughter wasn’t invited to that Blessing’s birthday party, but it’s a really big deal to her. Telling her its not a big deal or that you disagree with how much fuss she’s putting up over it will only serve to invalidate her feelings or make her feel embarrassed or ashamed.

Adults tend to want to skip the feelings that result from particular situations and go straight to the solution. But when children don’t feel heard, they tend to become louder – cue the temper tantrum – and feel that they cannot trust you with their “huge” problems because you wouldn’t “understand”.

Wrapping your upset child’s feelings up in words of empathy makes the situation seem more manageable and understandable. When your child feels that you hear and understand their problems, you’ll be surprised the wonders it can do.

While there may be times when your child needs to be appropriately disciplined – don’t go overboard ok? – Well deserved compliments are things your kids need to hear which helps them to build their self-esteem. It also fosters a loving parent-child relationship between you and shows them the way to becoming self-respecting adults.