Trip to the Altar: 5 Things I Wish I Knew Before I Got Engaged 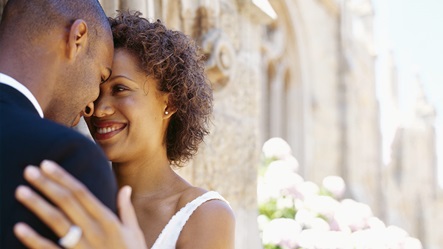 This write up is based on my personal experience in marriage and I believe it will be of great help for you too.

Before Segun and I finally got married, I had a few misconceptions about marriage. Just like any other woman, I was anxious to tie the knot and I had these vague notions about what it takes to make a great marriage – intimacy, communication, and lots of love. However, as soon as I got married I realized that my notions were just a “tip of the iceberg” of what marriage truly entails. Now that I’ve garnered many years of experience in my great marriage, I realize how very little I knew before I got engaged. So, here are five things I wish I knew before I got engaged:

I Never Knew Taking Advice from Other Couples Could Be Wrong

After my years in marriage, I realized that no two couples are alike or have the same relationship. Hence, the same set of advice or rules do not apply – there is no general principle guiding all marriages.

This doesn’t mean you cannot look at other couples you admire – your parents or married family friends – for the occasional antidote, but doing the same thing they do in their marriage will never work out – it may even hurt your marriage.

I was a victim of this when I was younger in marriage, getting advice, principles, and rules from older couples. But I realized that while some advice did work, others ended up causing my marriage more harm. As I grew older, I found out that the best way to build my marriage and resolve issuess is not to rely on advice from other couples but develop self-rules that work for my marriage.

I Never Knew Conflict Is Not a Sign of Dysfunction

It’s an undeniable fact, there’s going to be conflict in any relationship – conflict is a normal occurrence. However, just like many other women, I felt marriage is in a different category for some reason.

I initially believed that if we’re arguing, fighting, or having a conflict, then there must be something going wrong with our marriage. Like other couples, I would quickly jump into the conclusion that my marriage was dysfunctional because of the conflict.

As a result, I begin to think about plan B in my marriage like stop serving, stop communicating, etc. However, I wished I knew that conflict in marriage is normal right before I got engaged but I was many years in marriage before I realized this.

I later realized that how I chose to work during these times of conflicts determined how healthy or damaged my marriage was. Viewing conflict as a normal occurrence in marriage has helped me not to hold onto offenses, to work harder to resolve conflicts as soon as they occur, and to say I’m sorry much quicker.

I Never Knew That Being Mindful Of Your Spouse’s Needs, In Addition To Your Own, Is a Necessity

I always believed that I knew my needs better and I was in the best position to get my own needs while my spouse should get his own needs too. But I soon realized that this act was misunderstood that I was only mindful of myself and doesn’t show adequate love and care to my spouse.

As I stated earlier, conflict is normal in every relationship but it always triggers unnecessary, and sometimes hot, arguments.

Personally, I hate arguing and can do just anything to avoid it – including displaying passive-aggressiveness. This idea also followed me into my marriage, where conflicts generated constant arguments, and my responses and reactions to conflicts triggered deeper issues and serious tiffs.

What I never realized before marriage was that there’s a certain way to argue to minimize conflict. This was probably one of the biggest personal lessons for me. My husband and I soon developed some simple techniques which we use whenever we argue. These techniques include avoiding the classic “blame and shame” scenarios associated with many arguments and avoiding hyperbolic words like “never” and “always” during arguments.

And instead of proving our personal points, we learned to listen to each other. With this development, I found out that most arguments are caused by frustration from not being heard. Once my husband and I have both heard ourselves out, we then take a break, calm down, and work together on how to resolve the conflict.

I Never Knew I Wasn’t Just Marrying Him, But Marrying A Family

This is the last thing I wish I knew before I got engaged to my husband. Although I love and respect every member of his family, I never took them as my own family.

Two things have been helping me, the first is fairness – if we spend Christmas with my parents this year, its Christmas with my spouse’s parents next year. And the second is never allowing family disagreements to affect my relationship with my husband.

Since I know those five things I mentioned above, I have had an awesome marriage. Though I wish I knew all these before I got engaged, its better I knew them late than never knowing them at all. If you’re not married yet and reading this post, do yourself good by knowing them before you get engaged. But if you are already married, you can add them to your knowledge base to build a better marital relationship.