I Am Trying For A Third Baby – Kim Kardashian 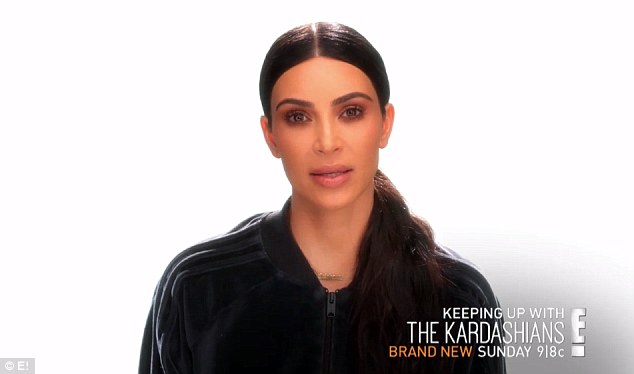 In a promo for next week’s episode of Keeping Up With The Kardashian, the 36-year-old revealed she had plans for another baby.

Kim however reiterated that doctors have advised her having another baby might not be good for her health.

Kris Jenner warns in the clip:

‘I don’t want you to do something that would put you in danger.’

In an old episode of the show, Kim, talked about a third sibling for North and Saint West.

‘I was like: “I don’t think I can carry another one”. I just think: “Ugh, I’ll never be the same down there.” Kanye says it like feels the same.

‘It’s the fact that like something that big has come in and out of there. Things are just different internally. There’s just like bumps and curves, you know what I’m saying? It’s just not the same.’

When I first met him, we worked on a project together and there was definitely a spark, but we were in other relationships and we kept our distance,” she said. “We stayed in touch here and there and then when he wasn’t in relationships, you know, it’s just our timing would always not really coincide.

“And then, I think it was six months after I was newly single in like 2012, I was like why not? Like, what am I waiting for?” she continued.

“I called [Kanye] because I’m sure it was really hurtful that I got married and, even though it’s not like we communicated all the time, I knew what he was thinking. So I thought he was going to call me as soon as he knew that I was single again,” she explained. “He didn’t, and so I called him and I said, ‘Hello? I thought you were at least going to call me and ‘I told you so,’ something?’ And then – he’s always been a good friend to me, like, we’ve always been there for each other – then he invited me to a fashion show of his in Paris and I went, and then the magic happened.”