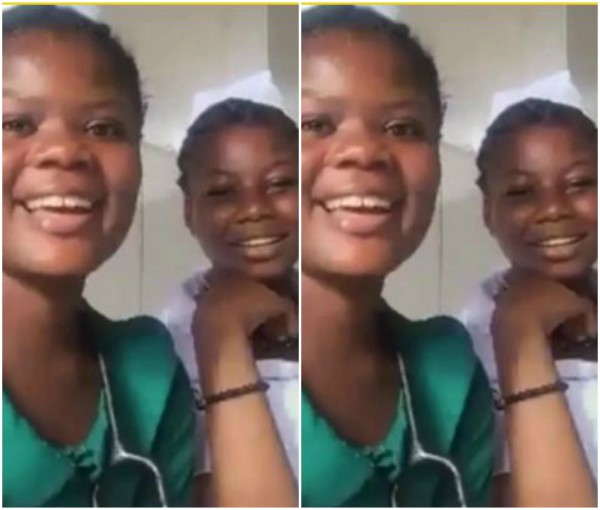 Two Ghanaian nurses attached to Royal MMR Hospital,Tracy Ewurama Marcel and Ramatu, have reportedly lost their jobs for ignoring patients to go live on Facebook while at work.

The nurses who were employed as health assistants at the hospital, claiming they had no knowledge that their conduct was against hospital rules, were sacked after their viral Facebook live video was shared by Ghanaian news publication, Adom FM, on their Facebook page.

Reacting to the viral video, the management of the Royal MMR Hospital, where the two nurses worked, said they were shocked and appalled by the fact the two nurses “choose to do Facebook Live while at work and responded to comments at the expense of patients waiting to seek health care”.

Confirming the incident, Dr. Mohammed Donkor, told Adom News that the two had been fired by the management of the hospital, as their conduct was in breach of company regulations.