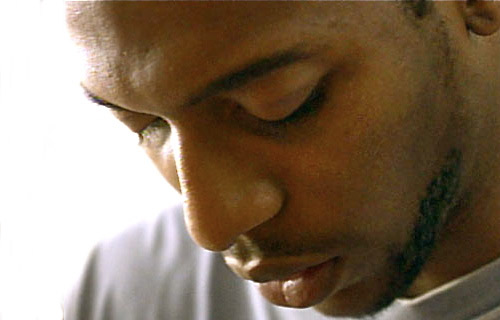 So I basically have always considered myself an only child as my dad and mum never had another kid that always thought I had a half sister in my dad’s first marriage before he met my mum. She just could not have another child after I was born.

I’ve always been far closer to my mum’s side. She has 3 brothers – one died 6 years ago so that leaves 2 alive. Now one of them (67m) is a bit of a hermit and a real introvert. But we’ve always been close. If people go in his house, he’d tell them to fuck off. He’s not always been like this, but he’s got worse since his wife left him 20 years ago. He’s always really loved my company though, and if i and my partner go to his house, he’ll give us his homemade cake and listen to music together. He loves music. He doesn’t even do that with my cousins. He even bought me some speakers and a shoe “just because” for my birthday a few months ago. He doesn’t even buy his kids presents.

Now, I live about 30 min away from him so I see him every day almost. He’s been really poorly lately, his daughter (my cousin/sister) has been struggling so she asked me if I would check on him. Of course I would, I love his moody miserable fucking grumpy long haired ass a lot so I’d be glad too. I got in there and he was really in an awful state. Like staggering everywhere and confused. So I panicked and called him a taxi so as to take him to the hospital.

Once we get to the hospital, he is stabilized a bit. He wakes up, and tells me he’s so grateful and that I’m his favourite kid. I think he’s confused so I call him by his nickname and say I’m his nephew. He, clear as fucking day, told me I’m really his son. I’m stunned – like literally speechless. So a little while later his kids/my cousin get there, I left there and went home.

I go to my mum’s and she asks me what went on so I tell her what happened. She just bursts into tears and says it’s all true – she basically got pissed up at a family function and woke up naked in bed with him. She fell preggo and started dating my old man a man a Month later. He knew she was pregnant, and decided to raise me as his own anyway.

This explains a lot:-

. I’m colour blind – so is my uncle. I also am an alcoholic, so is he and my uncle who died was. I also have high blood pressure like uncle and my grandad/mum.

.I look nothing like my dad’s side or sister. In contrast I look a lot like my uncle’s kids, especially the younger son. His youngest is a dead ringer of me as a kid, especially in this one picture of me when I was a nipper.

. I’m often confused for my uncle. Like in pictures of us at the same age, we look alike.

.My dad’s side don’t bother with me. Like practically ignore me, with the exception of my dad’s half sister. They’ve never invites us to family function, and when we do see each other I’m like a stranger.

. My mum has looked after my uncles kids as an unofficial child minder. So the daughter and the youngest cousin’s kids are like little siblings to me (the oldest is 23 and she’s like a niece to me).

Other things too but they’re the main ones.

Now I ask my mum, and she empathises my dad knows and took me on full well as his own. He’s been an amazing dad, really the best you can hope for. She’s asked me not to mention it to my old man, and she’ll try and tell him the best she can – he does not know my mum fucked my uncle!

Now here’s the dilemma. Do I talk to him about it anyway? If so, it leaves me with my cousins. I’ve been so close to them for years and years. Do I talk to them about it? As my uncle is really poorly, do I hope he recovers and tell him I remember what he says?

My partner is trying to be supportive, but frankly she doesn’t know how to deal with this shit like I don’t. She also hasn’t seen me this drunk in years, so god knows how shell cope with this shit.

I am really in a mess right now, and i can’t think well. What should i do people please advice me?