Uncle pours acid on his niece for ending their sexual relationship 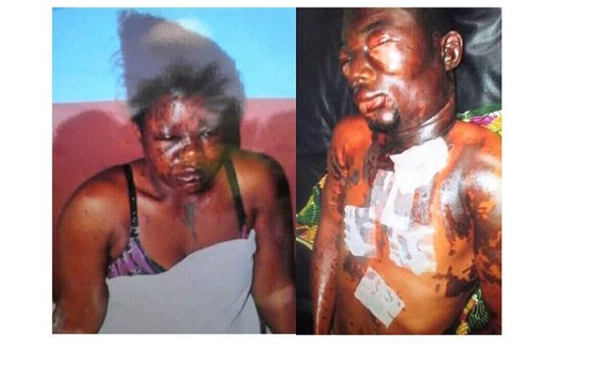 The Anambra State police command has arrested a man identified as Samuel Onyekwelu, for allegedly pouring acid on his niece, Chinyere Okeke.

According to reports, the incident occurred on Friday, May 18, 2018, at Odidama village, Agulu, while Chinyere’s fiancé, Chinedu Anagor, was taking her and her kid home on his motorcycle.

Onyekwelu allegedly ambushed and poured acid on them. He was subsequently apprehended by the youth of the community and handed over to the police, while the victims were rushed to the hospital.

According to one Ezeani Chidubem, the cause of the attack, was because Onyekwelu, who is married with children, was in a relationship with his niece, Chinyere, who is the daughter of  Onyekwelu’s brother.

Along the line, Chinedu Anagor fell in love with her and had planned to seek her hand in marriage by June 2018, but Onyekwelu objected simply because of his illicit affairs with Chinyere.

It was gathered that sometimes last year, spiritual cleansing (Ikpu Alu) was performed regarding the sexual relationship between the duo, but the act was reported to have continued till Chinedu ”snatched” her from Onyekwelu.