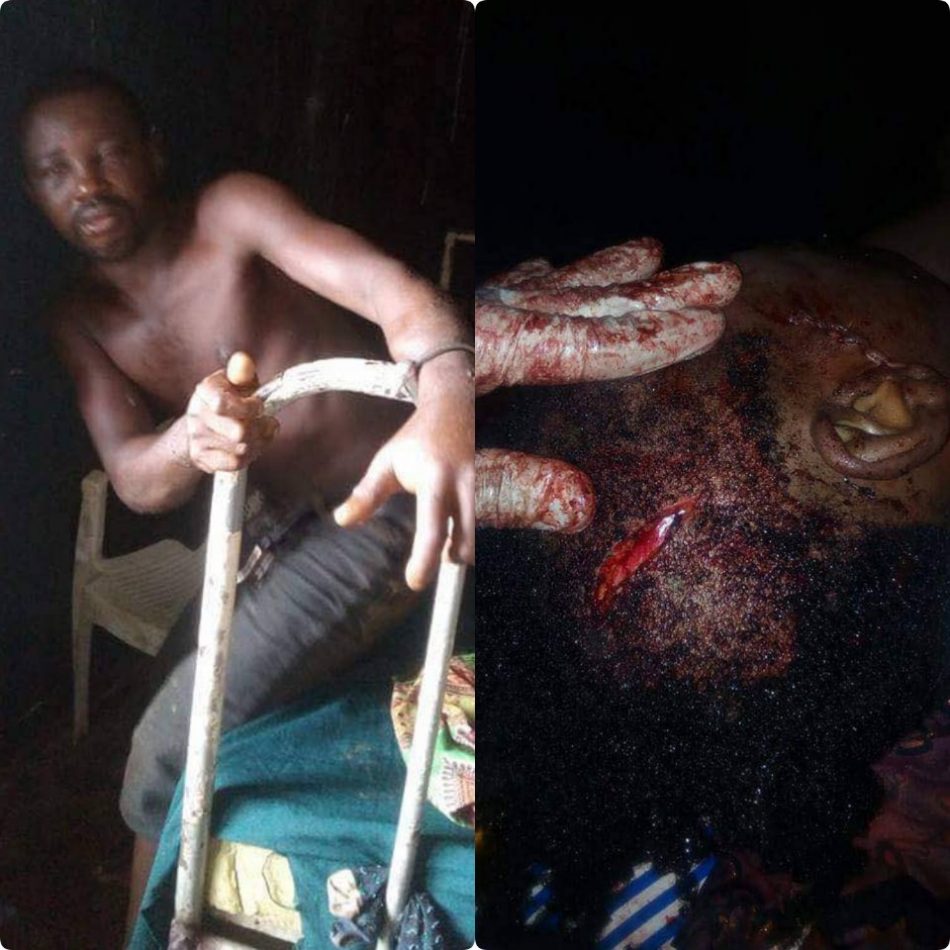 Igiebor, who was said to have been repatriated from abroad, was alleged to have moved into his in-law’s house after failing to secure his own accommodation.

It was gathered that an argument ensued between the couple due to the alleged refusal of the wife to accompany him to the place where the suspect claimed to have found an apartment for rent. The  argument resulted into a disagreement which later led to the separation of the pair.

Igiebor, angered by the whole thing, attacked his wife with a machete on her way from the market, leaving her with a deep cut on her arm, and when the wife’s mum wants to intervene, he also cut her in the head and face.

They were rescued by neighbours who heard their cries.