Update: Prophet who raped 13 year-old girl in Ekiti and threatened her with madness claims “he wanted to deliver her spiritually” 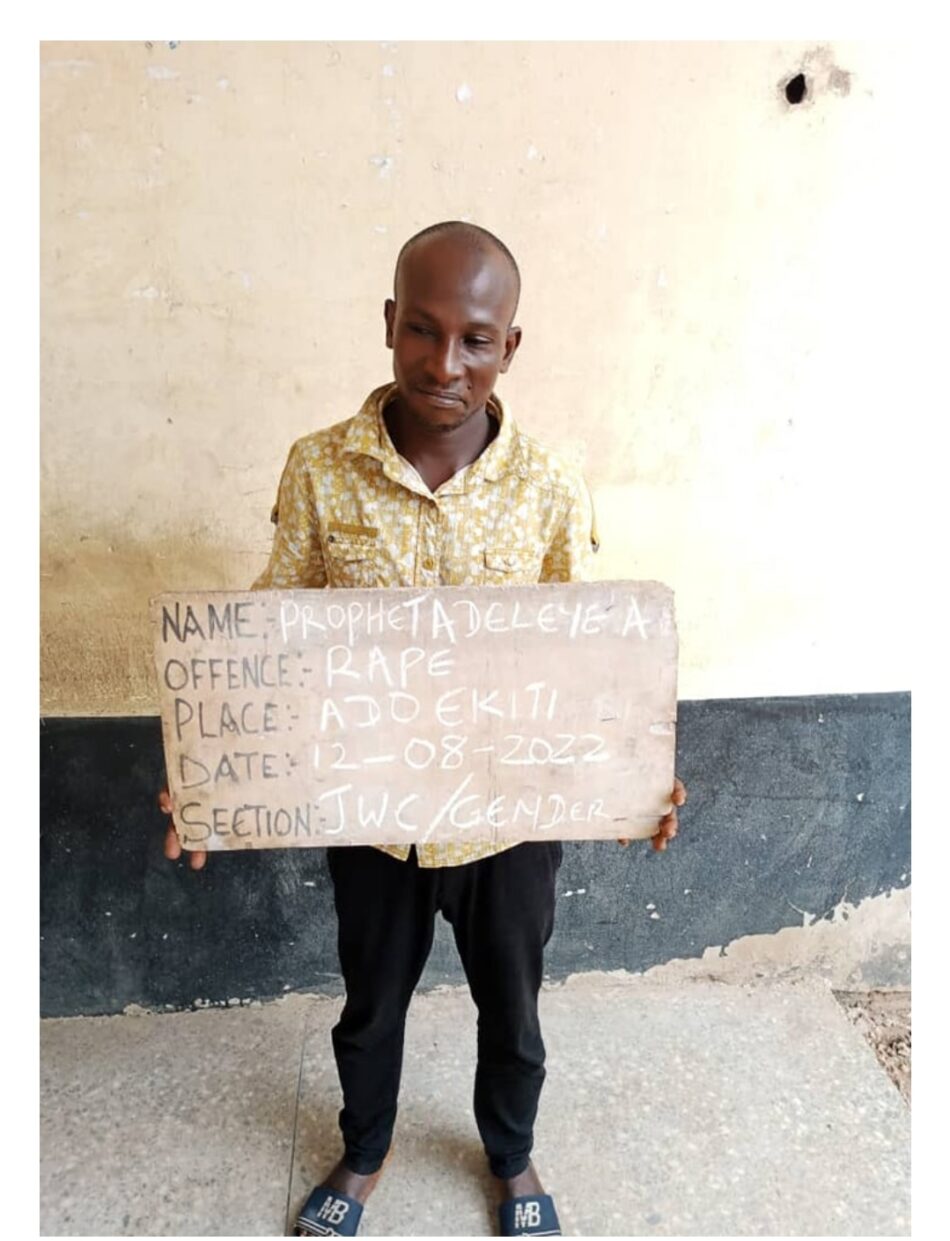 The Ekiti State Police Command has paraded a prophet, Adeleye Akingbaso, who was remanded for allegedly raping a 13-year-old girl.

Spokesperson of the command, DSP Abutu Sunday, in a statement on Thursday, August 18, said the Juvenile Welfare Centre (JWC) Unit of the State CID, arrested Akingbaso, at Ijadu Olorunsogo, Ado-Ekiti, on August 12, for unlawfully having carnal knowledge of a 13-year old girl.

“Investigation revealed that the suspect, on noticing that the victim’s mother had left home for a vigil in the Church, sneaked into their room and committed the act, claiming that he intended to spiritually deliver the victim. He further promised to attack her spiritually if she informs her mother,” the PPRO said.

“The suspect initially absconded after committing the offence but was later arrested by the Police. During interrogation, he confessed to the commission of the crime and was arraigned accordingly.”