Update:Why I stabbed my mother in-law to death- woman explains to police in Niger state 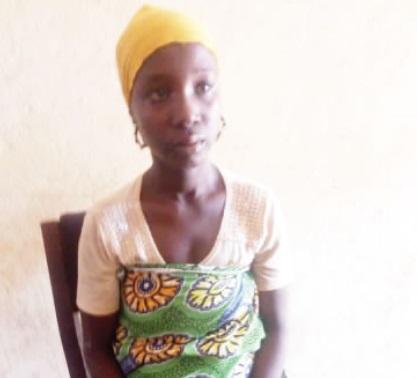 The 37-year-old woman, that was detained on Monday April 27 for stabbing her mother-in-law, Aishatu Umaru, to death in Niger state, has provided an explanation for her action.

Fatima and her husband, Sani Umaru had a misunderstanding on April 23, which resulted in a divorce.

An unremorseful Fatima informed the police during interrogation, that she decide to stab her mother in-law simply because the deceased never ever liked her and didn’t give her peace since she got married to her son.

”Since I came into that family, I have not known anything called peace. Every day is punctuated with my mother-in-law’s trouble. There is nothing I did that pleased her and I decided to stab her to death so that everything would be over.

I know I have done something that even Allah will not forgive me, but let the law take its course. Since she did not want me to have peace in my matrimonial home, Allah will not set her free.” she said

She is currently in police custody and will be charged to court soon.