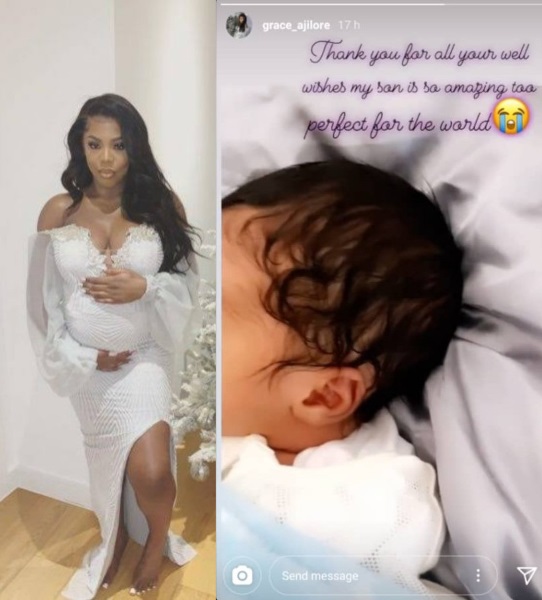 The new mum revealed the birth of her son on Instagram and Twitter. Along with that announcement was a cute picture of the baby boy and the other of her man cradling their son.

Congratulatory text messages poured in after the news and she replied, writing: “Thank you for all your well wishes I love you!! my son is so perfect I cry every second I look at him he’s just a dream.”

Last December, when Grace revealed she was having a baby and has a hubby, it surprised Nigerians and people took to Twitter to talk about it. Some accused Grace, a feminist, for being a hypocrite for having a man while championing feminism. However, others remarked that feminism doesn’t equate to not having sex with men.