Do You Want to Raise Successful Daughters? Science Says Nag the Heck Out of Them 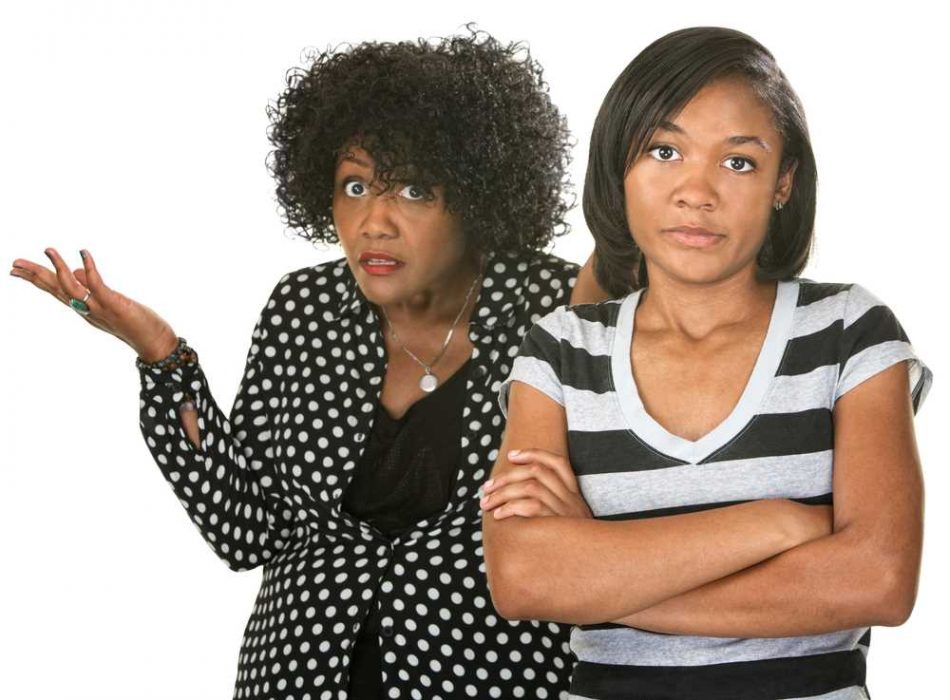 4 years ago / 1827 Views
One of these days, my girl will almost certainly kill me because of this one, however it is a story that will actually vindicate parents everywhere.
For tweens, eye-rolling and backtalk really means, ‘Thank you for the helpful advice. I shall endeavor to act accordingly.’
Researchers in the United Kingdom say parents’ super-high expectations for their teenage daughters–especially if they remind them constantly of those expectations–are among the most important factors in predicting whether young girls will grow up to become successful women.

As a university press release put it: “Behind every successful woman is a nagging mom? Teenage girls more likely to succeed if they have pushy mothers.”

The researchers at the University of Essex found that girls whose “main parent”–that’s usually the mother–consistently displayed high parental expectations were far less likely to fall into the traps that made the girls less likely to succeed in life.

Specifically, these girls were:

The researchers, led by PhD candidate Ericka G. Rascon-Ramirez, studied the experiences of more than 15,000 British girls aged 13 and 14 over a 10-year period.

Of course, avoiding the prime pitfalls doesn’t necessarily mean that girls are destined to become the Sheryl Sandberg, Katie Ledecky, or Sara Blakeley of their time. But it does mean they’ll be more likely to preserve their opportunities to succeed later.

And that, dear parents, is the point at which your work is done–when your children’s success becomes much more a factor of their desire and work ethic than yours.

Nice study, some readers might reply. Have you actually tried being the parent tasked with nagging a 13- or 14-year-old daughter? News flash: Whether we’re talking about boys or girls, it could quickly deconstruct into a cacophony of eye rolls, door slams, and sullenness.

It’s not a lot of fun, I’m sure. (Regular readers will know that my daughter is only a year old, so I haven’t had the pleasure myself, yet. For more on how to raise successful kids, you can read my free e-book, How to Raise Successful Kids: Advice From a Stanford Dean, a Navy SEAL Commander, and Mark Zuckerberg’s Dad.)

But parents can take solace in one idea the researchers entertained: The more it seems hectoring them is like pounding on a brick wall, the more it might be working.

“In many cases, we succee[d] in doing what we believ[e is] more convenient for us, even when this [is] against our parents’ will,” writes Rascon-Ramirez. “But no matter how hard we tried to avoid our parents’ recommendations, it is likely that they ended up influencing [our] choices.”

In other words, if your tween or teenage daughter rolls her eyes and says something like, “Arrrrggghhh, Mom, you’re so annoying,” what she really means, deep down in her subconscious mind is: “Thank you for the helpful advice. I shall endeavor to act accordingly.”

There’s also some stacking going on, meaning if you set expectations in daughters’ heads that they should go to college AND they should not get pregnant as teenagers, they’re more likely to make it to age 20 without having a child than they would have been if you’d only pushed the “don’t have a baby until you’re old enough to be ready” message.

As my colleagues at Scary Mommy, where I first heard about the study, put it:

“Sure, having a healthy sense of self-esteem and believing that you have options is great, but not getting pregnant just because you ‘don’t want to hear it’ is fine with us, too. Whatever. Just make it not be so.”

I don’t know about you, but even as a man in my 40s, I sometimes hear my parents’ cautionary words–or even my grandparents’–when I go to do something I probably shouldn’t. My grandfather passed away in 1984, but if I ever overdo it on dessert, it’s his voice I hear calling me out for it.

And assuming this study holds value for boys as well–there’s no reason to think it wouldn’t–that means I have my parents’ habit of consistently expressing their high expectations to thank, at least in part, for my success.

So I appreciate your nagging, Dad and mom. And then to my precious daughters, trust me, this will be more challenging on me than it is for you.