Wao!! This Rapper is going to be in prison for this number of years having paid hitman to murder his mum so he could have access to her accounts. 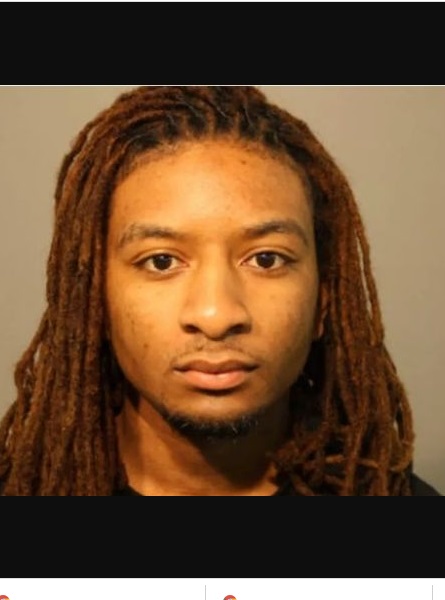 A Chicago rapper who hired a hit man to murder his own mum so that he can have access to her bank accounts and life insurance, has been sentenced to 99 years in prison.

The rising rapper, Qaw’mane Wilson AKA “Young QC” was on Friday found guilty of the murder-for-hire last year, and sentenced to spend the rest of his life behind bars. The gunman, Eugene Spencer, was sentenced to 100 years.

Cook County Judge Stanley Sacks who jailed the men said: “The word is ‘matricide,’ meaning murder of one’s own mother, is a big offense.

In 2012, Wilson, who was the only child of her mother hired a hitman Eugene Spencer to kill her so he could have access to her accounts.  Yolanda Holmes was shot and stabbed to death by the hitman after he was ordered by Wilson to “make sure the b*tch is dead.”

It was also revealed that Spencer drove with Wilson’s girlfriend to the rapper’s mum’s home to kill her.

He reportledly shot Ms.Holmes as she slept in her bed, then struggled with her boyfriend, knocking him unconscious, before returning to stab Holmes after a phone conversation with Wilson, who ordered him to “make sure the bitch is dead.”

Months after his mother’s death, Wilson collected the money in his mother’s bank accounts amd used it to fund his extravagant lifestyle.

On another ocassion, he withdrew thousands of dollars from a bank and tossed wads of cash to a crowd of people he said were his fans. He captured the the moments in a YouTube video that was played for the jury.

Cook County Judge Stanley Sacks said during the sentencing that Holmes was a devoted mother who gave her son anything he wanted.

“Whatever he wanted, his mother gave to him. A car. A job. One could say he was spoiled.“She gave Qaw’mane life, and it was his choice to take it way from her,” Judge Sacks told the court yesterday.

When asked if he had anything to say before Sacks made his ruling, He said” “I just want to say, nobody loved my mother more than me,” he said. “She was all I had. That’s it.”