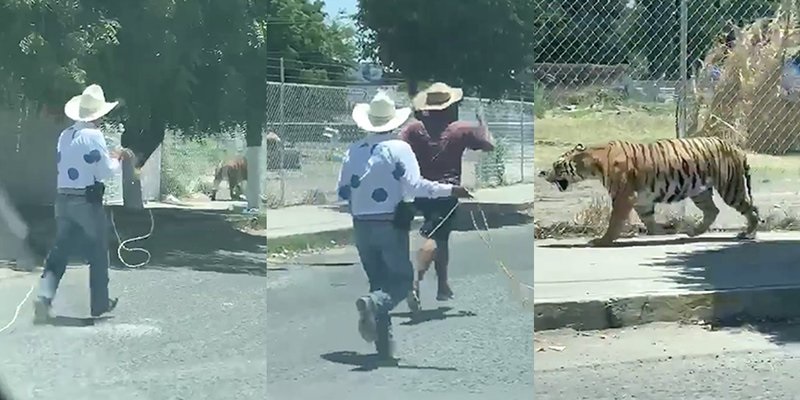 Avideo of a man lassoing a tiger on the loose in Mexico has gone viral. The tiger escaped a private home in the Mexican city of Guadalajara, according to the New York Post. The video was captured by a person who was driving through Jalisco, a suburb in the city. The tiger was wandering along a highway toward Chapala, another Mexican town, the outlet reported.

Police were notified of the escaped tiger; however, the man captured the tiger and left before officials arrived at the scene, the New York Post reported. Here is the video of the man lassoing the tiger, shared by POLITICO Mexico:POLÍTICO México✔@politicomx

One Twitter user drew a parallel between this video and the popular Netflix documentary Tiger King. They wrote, “Where you at exotic.” Another user wants to see more content like this video. They wrote, “I’d totally watch a show called Mexican Dude Lassoes Dangerous S**t.”