WATCH OUT AGAINST THE SEXUAL HARASSMENT OF YOUR KIDS 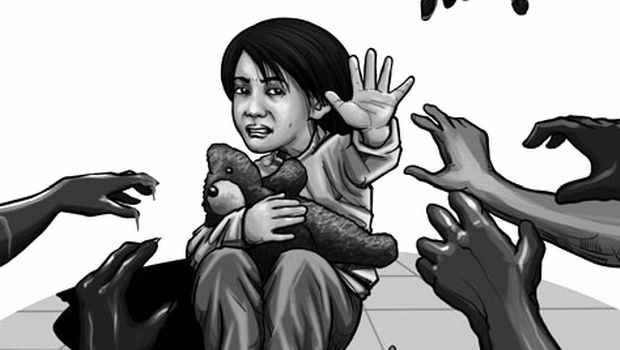 It was a fuming angry crowd in front of a regular grocery stall by Churchill Road, Port Harcourt. Small groups of women and teenagers gathered by the side of the store in teams of 4 and 8, discussing in hush tones the event of the evening that has provoked the outrage. As I shuffled my way through the sea of individuals to get a better view of what was going on at the store, I picked out the image of a totally distressed middle-aged woman at the entrance of the stall, who I later got to discover was the offender’s aunt.

She was pleading and asking for her son to be forgiven, begging the mob and whoever could listen for leniency. Right behind her deep within the store was standing a boy, very dark in complexion and of average height, a rough estimate could leave his age at 20 years. He bore a sorrowful look which on first sighting, will immediately reveal to you that he’s likely the reason for the chaos. He stood motionless, his eyes only moving from one angry speaker to the other. A little girl of about 9 years equally stood by the store, arms crossed across chest.

Upon enquiry, I was unhappy to discover the sad incident. According to reports at the scene, the girl is usually sent on errands to the store which is adjacent to their house to purchase daily items. As a result, the lady in charge grew fond of her and sometimes spent time chatting with her when she came around. Unknown to her, she was not the only one interested in the little girl; her young nephew was also devising ways to know the innocent girl.

So on that fateful day, she came around to hang out at the store, only for the boy to ask for them to play a game. She accepted and he went on to tell her to pull her panties. This she didn’t take too well, and so refused. When he saw that she was not obliging, he got rough and tried to shove his fingers into the little girl. This got her mad, she stormed off to inform her elder brothers.

And they came, with canes and woods to teach the deviant a lesson. It took the intervention of neighbours around and passers-by to pacify them. Who knows how the news would have turned? The case got more interesting and took a bitter turn when the little girl who was to be exploited by the boy, mentioned another of her friend who had told her he tried same with her. The second girl was promptly called forth from the house. A cheery chubby little girl who was said to be 8 years stumbled forward to tell the mob of how the same boy once tried touching her inappropriately before. This totally got the crowd berserk before someone had to invite the police. I had left before they arrived, that is if they ever did.

The moral of the story is this: anybody can be a predator. True we can’t hide our kids in our houses 24/7 and so the right thing to do is to keep a close relationship with our kids that makes it possible for them to be able to tell us just anything that took place in those hours they weren’t with us. This will go a long way to direct you in telling them who, what and where to avoid, and who to inform the police about if necessary. Sexual harassment is a grievous vice and must be stopped at all cost.