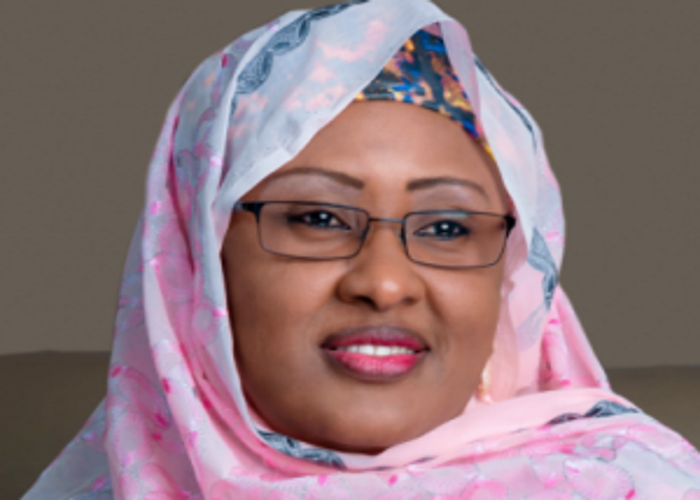 Mrs. Aisha Buhari, wife of the presidential candidate of the All Progressives Congress (APC) has said it is important to educate the party’s supporters about the broom, the symbol and logo of APC.

Aisha disclosed this on Monday, during her courtesy visit to Governor Abdulfatah Ahmed of Kwara state as part of her two-day Citizen Outreach and Town hall meeting in in the state, Daily Trust reports.

She was accompanied by wife of the vice-presidential candidate, Mrs. Oludolapo Osinbajo, wife of Nassarawa Governor, Hajia Salamat Al-Makura, National Women leader of APC, Hajia Ramat Tijani Aliyu, among others.

According to her, the masses, which include illiterate and rural people who have no access to the television and the social media, were the major supporters of the APC and they needed to be educated about APC logo.

She recalled that a lot of the people that are in APC came from other political parties where they chanted different slogans.

“The illiterate can hardly identify where they are now.

“So it is so important for us to educate the electorate about the broom (the APC logo). Our major supporters are the masses; masses, masses and masses especially knowing the presidential candidate of the mega party. He was in ANPP, then CPC and now APC which is not easy for people that are not literate to identify it easily”.

She added that the upcoming elections revolve around women who according to her constitute 55 per cent of registered voters and they must be educated on how to vote.

In his response, Gov Ahmed said he and other former mambers of the PDP who defected, left because they realized the PDP lacked the capability pf taking Nigerians to the promised land.

“Today, Nigeria has one of the highest rates of out-of-school children. Today, very few Nigerians can feed more than one dollar a day. We can’t continue like this. We must see a process that ushered in change,” She said.

Aisha has been playing a major role in her husband’s presidential campaign. In February, she and Mrs Osinbajo had stormed Owerri, the Imo State capital for the party’s South East women.