WHAT HALIMA ABUBAKAR THINKS OF MARRIAGE 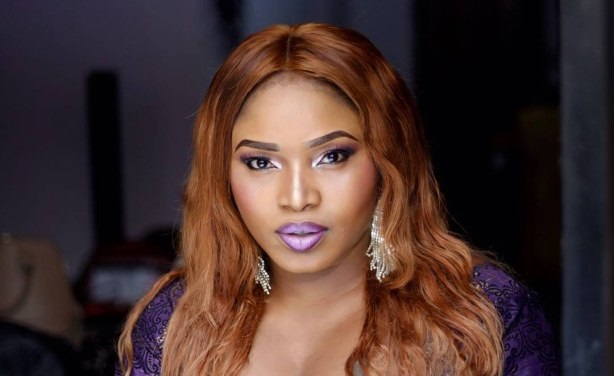 Halima Abubakar is a woman of many talents. She’s a Nollywood actress first and foremost but while she has yet to achieve veteran status, her name appears to be recognized far and wide.

Oh, and she’s also a model, a TV presenter, an entrepreneur, and a philanthropist.

While Halima may be a celebrity, she is still a woman. She is representative of what hounds the average Nigeria woman of marrying age.

Like any Nigerian woman, Halima is a woman who lives in a society where it is expected that a woman of her age bracket should get hitched. But she subverts those expectations, believing marriage as overrated and advocated for womennot to succumb to social pressure.

Speaking of social pressure, her recent outburst on social media comes to mind. It would seem as though an internet troll questioned Halima’s marital status. Feel free to view her response.

Though her response looked rushed, garbled and a bit confusing, you can easily deduce this really hit Halima hard, thus provoking a response of strong emotions and not of thought.

Still, for some time, Halima herself has confirmed that she is currently in a relationship with no sign of marriage in sight.

She believes that if two people cannot stand each other while they are dating, then what chance do they have in marriage.

In Halima’s own opinion, she sees marriage as a “huge burden with the same cycle of heartbreak and headaches”. It is possible that what she implies is that unlike normal relationships where you can take a break, you cannot do the same for marriage.

Yet she is in a normal relationship, so can her word be trusted?

1. Not everyone is meant to be married

First, what does marriage mean to you?

“Union of two people and their families?”

“A chance to extend the next generation?”

Your answer might fall within any of the above. So it is normal for everyone to believe this is so. But what is abnormal is the person who does not believe nor do they want to get married.

Now, what do I mean not everyone is meant for marriage?

For one, unrealistic expectations. You meet someone who focuses on unrealistic fantasy over pragmatic reality so would anyone blame you if you decided to focus on other things and forget about marriage?

Moving on. You have social media. Ah, the cesspool of social indiscretion. If you have enough friends, you’ve seen one or two of them rant online about their spouses.

Then you have people who treat marriage like a business proposition. When their friends ask them why they aren’t married, they go, “I see no incentive or benefits to get married. So go ahead: Sell it to me.”

Yes, these kinds of people do exist.

Then there are those that think, why get married when you can simply be the baby mama or baby daddy to one celebrity or high-status individual. All the benefits with little cost.

And finally, there is the fact that most people are not willing to put a lot of effort these days.

Sonow you know why “not everyone is meant to be married”. What about those that do get married?

They have a better chance of extending their family and making their mark in life. Building a new family— a new generation is a lifetime achievement many take pride in.

How about companionship? You are with someone who will have your back at all times. And they expect the same from you. It’s a give and take.

The joy of raising a child. You and your spouse’s own flesh and blood. There are few things in life that surpass the joy of seeing your child call you “Daddy” or “Mummy”. Yes, you are just that.

2. Being married does not guarantee happiness

“So what guarantees happiness then?”

Nobody knows the answer to that question. In fact, it is a question many have spent their lifetimes trying to answer.

But if considered carefully, this question is not a matter of “what” guarantees happiness, but “who”. So if we rephrase our question like this:

“Who guarantees your happiness?”

Surely, even you know that answer.

Many people define their joy in various forms from the little insignificant gestures to acquiring grandiose possessions, from important things like family and friends to the not-so-important things.

All is subjective, you might argue. But there is one commonality in them all: You.

Most people hear how well other marriages are going. They see the couple in real life. They see the other couples posting goofy family pictures on social media. That life. You want that kind of life for yourself.

So when events don’t pan out as planned. Well, what do you think happens?

Most would probably stew for years until they become bitter with regret.

For these people who do not get married, they don’t ask themselves: “Will I find joy in this?” Instead, they ask: “Am I happy with myself?”

And that is the secret of great relationships. It’s not what you get OUT of them, but what you put INTO them.

3. Let others respect your choices.

Is marriage a fate or a choice? Is it a fate all women must go through?

No, at least not necessarily so. Like most people believe themselves to be strong and independent, they have free will. So do you too. You choose to or not to get married. It’s your choice. Marriage is a choice.

And people who CHOOSE not to get married are simply exercising their free will. And with free will comes great responsibility.

Be aware that many single men and women succumb to social pressure from family and friends, and find themselves rushing into marriage, rather than actively working on getting themselves into marriage.