What is FERTILIZATION AND OVULATION 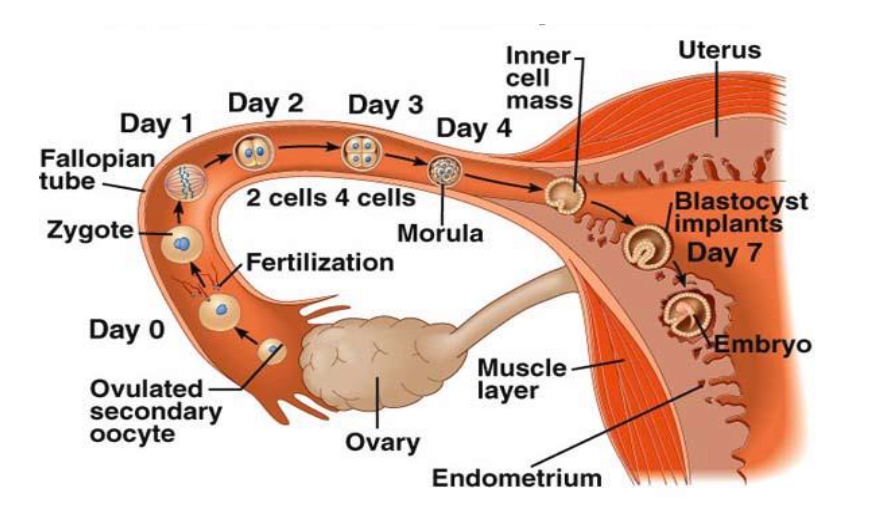 What is FERTILIZATION. It is not hard to find a woman who has been trying for months to get pregnant without much success. When this happens toyou, you are left wondering whether you ovulate or not. Every woman ovulates, but to some, it happens later than when theyexpect it.

What is late ovulation?

The first thing you should do when trying to get pregnant is to understand your ovulation calendar. Ovulation is the processwhere the ovary releases an egg and to conceive, you must have a sexual intercourse around this time. The sperm takes amaximum of 72 hours to get to its destination, and this means if you ovulation is late; your chances of conceiving are low.

Normal ovulation takes place, two weeks before the menstrual period. If you are concerned about your ovulation and havegone through hard times trying to conceive, an ovulation chart can help. It helps you figure out when your ovulation happens before you can seek other treatments. There are also body indicators like basal body temperature increase, heightened libidoand thin cervical mucus. You can also measure the luteinizing hormones using a kit which is available in most drug stores.The two-week principle assumes that every woman has the regular 28-day menstrual cycle. You may have longer or shortercycles, and that makes you ovulate at different times. However, this cannot be considered as overdue ovulation if you ovulatethe 10th and 21st cycle day. Late ovulation occurs after 21st cycle day.

Is it compulsory for ovulation to take place each month?

Ovulation does not take place every month, and that’s normal. It happens to all women even those with regular menstrualperiods. Painful periods show that you have ovulated during that particular cycle. However, there are women who will ovulateand still get painless periods.

How many times should a couple have sexual intercourse to conceive?

The best way to ensure a woman conceives on time is to refrain from sex a couple of days ahead of the ovulation period.This increases the sperm count and chances of getting pregnant are high. Too little or too much sex can lead to conceptionproblems. It is recommended that a couple skip engaging in sex some days during the fertile period to ensure that thewoman get pregnant. Sex everyday reduces sperm count, which also translates to failure of conception.What is FERTILIZATION