What is postpartum psychosis? 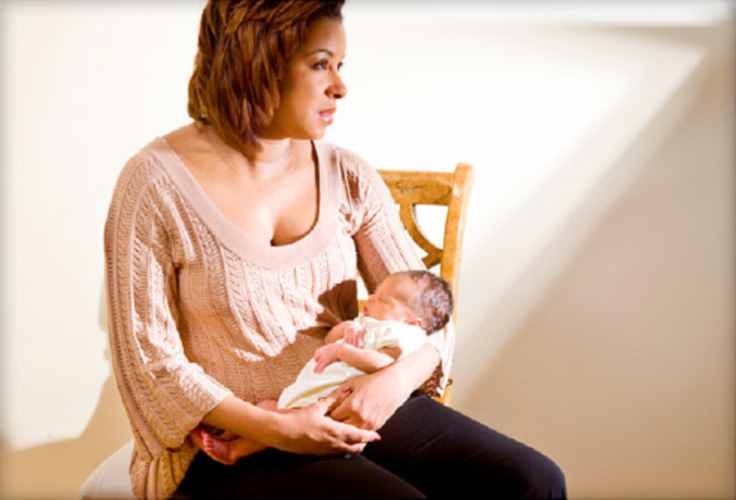 6 years ago / 1732 Views
Postpartum psychosis (puerperal psychosis) is a psychiatric condition which occurs after birth in a small percentage of women. Read about risks, symptoms and treatment here.
Postpartum psychosis is a severe episode of mental illness which begins suddenly in the days following childbirth. This article outlines the causes, symptoms to look out for, where help can be found, the treatment you can receive and more. It was written in collaboration with Action on Postpartum Psychosis (APP).
What is postpartum psychosis?

Postpartum psychosis, sometimes referred to as puerperal psychosis or postnatal onset bipolar disorder, is a serious psychiatric illness. It can affect one in 500 to 1000 women who have a baby.

Anyone who has previously been diagnosed with bipolar disorder, schizophrenia or schizoaffective disorder has an increased risk of developing postpartum psychosis by some 25-50%, and should seek referral to a specialist perinatal psychiatrist during pregnancy. About half of cases happen ‘out of the blue’ to women without any previous personal or family history of psychiatric illness.

It is a frightening condition, both for the woman experiencing it and those around her. It should be considered by health professionals as a ‘psychiatric emergency’ as it can escalate rapidly and needs early treatment. A mother may not realise she is ill and partners, family or friends may need to ask for help.

Most women with postpartum psychosis are treated in hospital, ideally in a specialist Mother & Baby Unit (MBU), to ensure the safety of both mum and baby. In some areas there may be no local MBU but the benefits of such care may make it worthwhile accepting treatment further away.

It is thought that postpartum psychosis is triggered by the dramatic changes in pregnancy hormones at birth, but the factors involved are not yet well understood. We know that for some individuals, genetic factors are important.

Postpartum psychosis is more likely to occur if a close relative has also experienced it. Disrupted sleep patterns may also be involved. What is known is that social or emotional factors are generally not involved in triggering postpartum psychosis.

There is some evidence to suggest that women are more likely to experience postpartum psychosis:

Some women suffering from postpartum psychosis have been known to take their own lives (suicide), and in rare, tragic cases kill their child, or both. Recognising the symptoms early can make a huge difference, so treatment can start as quickly as possible and mother and baby cared for appropriately.

Symptoms of postpartum psychosis most frequently appear within two weeks after birth, although rarely, the illness may begin several weeks later. It can start very suddenly with symptoms developing within a few hours of birth. The earliest symptoms often include feeling high, not sleeping, feeling spiritual, talking more than usual or seeming confused. There are a number of key signs associated with a psychotic episode:

Mania: feeling over-excited, elated or ‘high,’ active, energetic, not needing to sleep, feeling agitated, restless, and irritable, with a busy mind or racing thoughts.
Depressed or low mood or alternating rapidly between mood states.
Hallucinations – hearing voices, seeing things or smelling smells that other people cannot perceive.
Delusions – false beliefs that are firmly held, sometimes related to the baby, such as it is ‘sent from God’, or is ‘evil’ in some way. Delusions, such as that the mother has won the Lottery, that the TV or radio are referring to her, or that she has special healing powers, are not uncommon.
Confusion, rapid or muddled thinking.
A lack of insight – a woman experiencing this condition may be unaware that her behaviour is odd in any way. Very often it will be other people who notice that she is behaving oddly and is not well.
Delusions can frequently be paranoid in nature. Mums may believe that everyone (especially hospital staff and/or loved ones) is trying to harm her and/or her baby.

Referral to a specialist perinatal psychiatrist is needed. This can normally be arranged by a GP, midwife, health visitor, or other health professional, but it is important the care is provided urgently. The most common treatment for postpartum psychosis is anti-psychotic medication and drugs that are used to treat bipolar disorder. Mums who are breastfeeding or expressing milk may be able to continue to do so, but the medication must be confirmed as appropriate by a specialist health professional.

The most severe symptoms tend to last two to 12 weeks and mothers will usually remain in hospital throughout that time. The vast majority of women will recover fully. However, postpartum psychosis is often followed by a period of depression, anxiety, and low social confidence.

Returning home after treatment can be daunting and it is important that full support is given to women, both emotionally and practically, from their partner, family and friends. Throughout the recovery period most women will continue to receive support from mental health services. This may be from a specialist perinatal mental health team, but in many parts of the country this is more likely to come from a community mental health team or an Early Intervention in Psychosis team. Further outpatient appointments with a GP or home visits from a community psychiatric nurse may also take place. Home Start, a national charity that supports parents in their homes, may be able to provide some help within the home.

It’s normal to feel some sadness for missing out on early motherhood. It can take time to rebuild confidence in relationships and friendships. But most women get back to feeling like their usual selves again.

Comments to What is postpartum psychosis?