Who is Kobe Bryant’s wife Vanessa? This is the tribute Basketballer paid to ‘his Queen’ before crash. 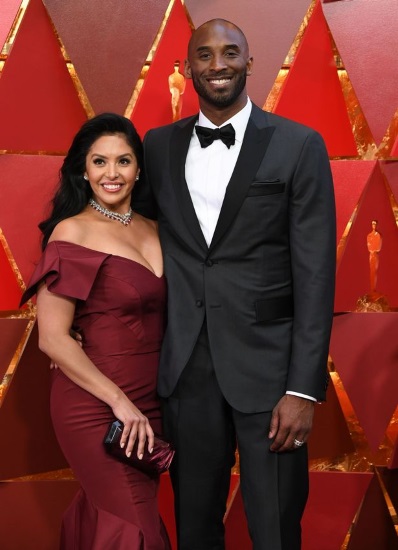 Kobe Bryant’s wife Vanessa.Kobe Bryant was killed alongside his 13-year-old daughter Gianna and three others in a helicopter crash in Calabasas, California, on Sunday morning.

The 41-year-old sports star and his second eldest girl are believed to have been travelling in private helicopter to a basketball practice when the chopper went down 40 miles north-west of Los Angeles.

The father and daughter are survived by Vanessa Bryant, who had four daughters with Kobe – Natalia, Gianna, Bianka, and baby Capri Bryant – who is just 17 weeks old.

The tragedy occurred two months after Kobe and Vanessa celebrated the 20th anniversary of them meeting in November. The former Los Angeles Lakers star called his wife his ‘Queen’ in a touching Instagram tribute.

The pair were first introduced when Vanessa was working as a background model on the set of a music video.

Sportsman Kobe was 21 while Vanessa was 17 years old and still a senior at high school.

Their relationship sparked a media frenzy at the time. According to the Los Angeles Times, a television helicopter once flew over Vanessa’s campus to try and catch a glimpse at her and Kobe together.

It was also claimed Vanessa was forced to miss her high school prom because of the attention surrounding the relationship.

The loved-up couple were engaged with a year of them meeting then six months after the proposal, tied the knot in a romantic and low-key wedding in 2001.

Vanessa was 18 and Kobe 22 at the time and they chose not to sign a pre nuptial agreement.

It was claimed that Kobe’s parents weren’t happy with the speedy nuptials and didn’t attend the ceremony.

Two years after the wedding the couple were hit by a scandal when Kobe was accused of sexually assaulting a Colorado hotel employee in 2003.

He appeared in a press conference with Vanessa by his side where he tearfully told her: “You’re my backbone. You’re a blessing. You’re a piece of my heart. You’re the air I breathe.”

The case was eventually dropped when the victim reportedly refused to testify.

In early 2005 Vanessa suffered a miscarriage, Kobe said at the time he blamed himself for the loss owing to the stress he put his wife under.

“We should be building our family. But because of my mistake, because of this tough year, we lost a baby,” he said in the Showtime documentary Kobe Bryant’s Muse.

After ten years of marriage, Vanessa filed for divorce in 2011 and was anticipated to receive half of Kobe’s $150millioin fortune.

However, the pair managed to resolve their differences and got back together – and welcomed their third daughter Bianka not long after.

Proud mum Vanessa told The Cut in 2012 that despite being married to a millionaire sportsman she didn’t need a nanny and got up at 6:30am every day to help her brood.

Kobe was also a hands on dad to his girls and in October 2019 was pictured joining them in a Wizard of Oz fancy dress for Halloween .

Eight weeks before the tragic helicopter crash that ended his life, Kobe paid tribute to Vanessa on their milestone 20th anniversary.

“On this day 20 years ago I met my best friend, my Queen @vanessabryant I decided to take her on a date to Disneyland tonight to celebrate old school style (pre 4princesses) I love you my mamacita per sempre,” he wrote alongside a throwback picture of them.

He then shared another snap of them cuddled up at Disneyland on a romantic evening to mark the occasion.

In June 2019, the couple welcomed their fourth daughter, Capri Kobe.

“We are beyond excited that our baby girl ‘Koko’ has arrived!!” Bryant wrote on Instagram.