Why Dr. Mrs. Ifeyinwa Angbo, the victim of domestic violence and wife of Mr. Pius Angbo, a Channel’s TV reporter should stay away from her husband in the meantime 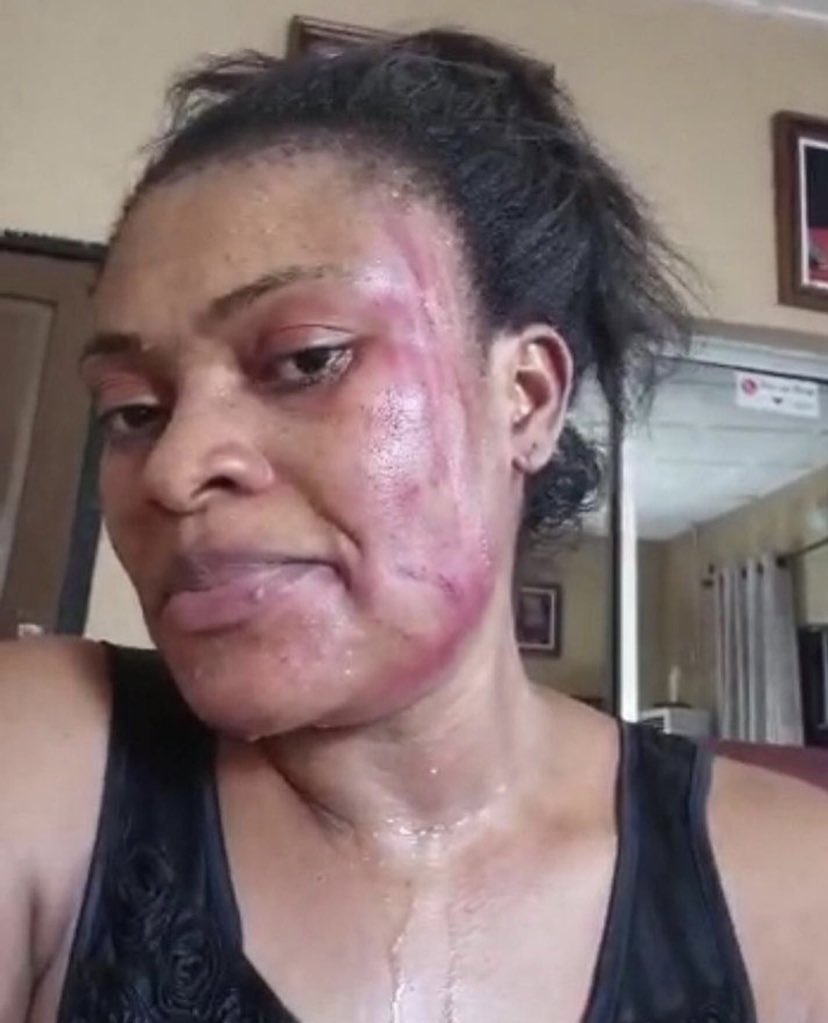 On the issue of domestic violence between the Channel’s TV reporter, Mr Pius Angbo, and his wife, Mrs Ifeyinwa Angbo, we wish to make our stand known and hope it helps solve the problem. Mrs Ifeyinwa who is a medical doctor and married to Mr Pius with four kids took to Twitter on Sunday to explain how she was abused by her husband of 6 years.

So far, the matter seems to have been resolved as the Benue state governor, Mr Samuel Ortom has on Sunday cautioned the couples to forgive each other and live peacefully. According to Governor Ortom, it is common for many young marriages to encounter certain challenges especially at the early stage of marriage.

However, Naijaaparents believes that this situation could have been handled better. For safety purposes, Mrs Angbo should stay away from her husband in the meantime. This is to ensure that she is safe and the assault does not reoccur.

While they spend some time away from each other, we recommend that the Journalist, Mr Angbo should seek help. He need to go for anger management courses. He should enroll himself in a therapy session with an experienced therapist. Mr Angbo, for the sake of his wife and kids, should see a clinical psychologist and be sent for corrective programs on abuse.

This is to ensure that the assault doesn’t reoccur. Mrs Ifeyinwa Angbo who just had a baby four weeks ago needs all the love, affection, peace of mind, and safety anyone could get. Because of this, her husband, Mr Angbo should stay away from the wife and kids.

He should be stopped from seeing them until he has undergone serious and effective therapy sessions with an experienced therapist. There is always a tendency for abusers to assault their victims again even after pleading for forgiveness and promising never to repeat the act.

As seen in Nigeria over the years, the cases of domestic violence in Nigerian homes is on the increase. Sadly, many lives have been lost to domestic violence due to improper handling of the situation. It is to avoid it that we wish to ensure that Mrs Ifeyinwa Angbo stays away from her husband until it is safe for them to be back together as a family.

Naijaaparents has absolute zero tolerance for domestic violence. We stand against every form of assault in relationships, marriages, or friendship. We believe the approach Governor Ortom used to reconcile the couples, even though seems effective isn’t the best. He isn’t an experienced counselor, thus, shouldn’t assume the duties of one.

Mrs Angbo should be given a restraining order against her husband. He should in turn be ordered to pay child support and give them space till it’s safe to reunite with them. As earlier stated, we are against every form of domestic violence and admonish everyone who is in abusive or life-threatening marriage to reevaluate the union and walk away if need be. We hope that the measures the governor took to reconcile both parties keep them united and most importantly that