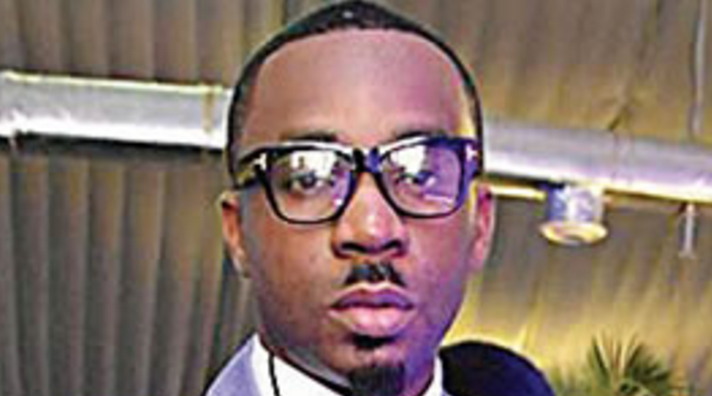 Pretty Mike, in an exclusive chat with Saturday Beats, Pretty Mike, has revealed why he stopped using girls in dog leash to flower girls and according to him, he wanted to “make a grand entrance”.

“My friend, Bobrisky, who is also a customer of mine at the club, invited me for his house warming and I felt I should go there in a grand style. What could have been a  better way to go there than the way I did?”

On why he wears a bathrobe, he said

“Fashion is what you create out of it and how you carry it. Nowadays, you see celebrities especially in the US dress outrageously creative. They wear things that you would not normally think they would do but when they wear such, it becomes a trend. So for me, I felt there was no fashion book that states that bathrobes should not be worn in public. I strongly believe that fashion is what you make out of it. As long as there is no public nudity, anything can go. Some years ago, Don Jazzy, was wearing a pyjamas in public and it was all good. For me, it is all about fashion and it is what catches people’s attention and they talk about it.”

On being Bobrisky’s bae, Mike said:

“I wish I was Bobrisky’s bae. With the things he is putting out and the way he is spending and growing, honestly speaking I wish I was his bae. I keep telling people that which man in our society today would give you N8m just to play around. If that was me, I wish I had that capacity but I am not his bae. I am just a friend and I knew him when he started patronising my club. I figure that since he has been patronising me over the years, it does not mean I would distance myself from him now especially as I had known him when he was Idris and not Bobrisky. All of a sudden that his character is questionable, it does not mean that I would start running away from him or denying him in public. That is not the kind of person I am. That is just the way I feel and that is why sometimes I stand strong with him. He is somebody that I have known over the years regardless of his sexuality, religion or beliefs,” he said.