WHY? Ibrahim Chatta Begs Fans Not To Vote For Him In The 2016 City People Entertainment Awards 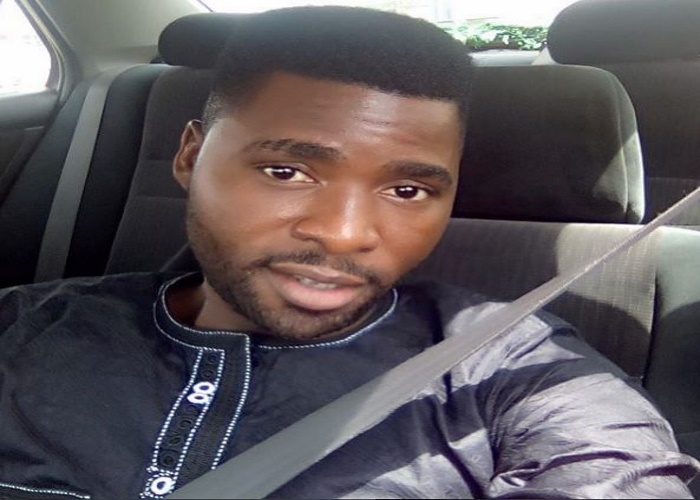 Popular nollywood yoruba actor Ibrahim Chatta, who mostly acts Yoruba movies is causing commotion on social media because of his “appeal” to his fans NOT to vote for him as the Best Actor in the 2016 City People Entertainment Awards.

His reason for this is that, “Nigerian movie awards are not credible”

Hello fellas, my name is Ibrahim Abiodun Chatta. I’d like to appeal to my friends, fans and folks not to vote for me on d city people’s best actor of d year nomination. PLS DO NOT VOTE FOR ME , as I am not interested and I believe most of d film awards in Nigeria are not credible enough. So I won’t allow anybody or organization rubbish my GOD given talents. Ire ooo 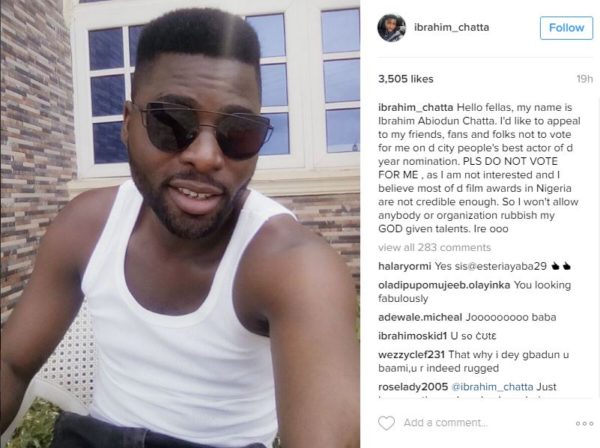 We have to be sincere to ourselves, Most Awards in Nigeria is not credible at all.. They give awards based on pally and not based on who truly deserves it.

Comments to WHY? Ibrahim Chatta Begs Fans Not To Vote For Him In The 2016 City People Entertainment Awards