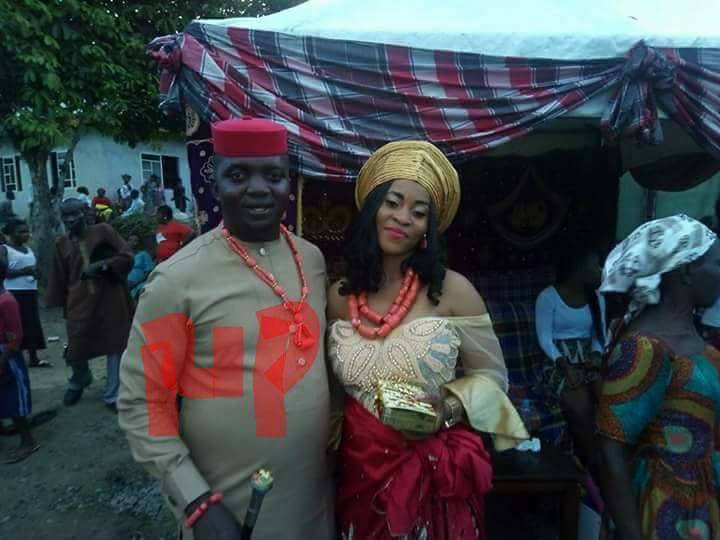 Beauty, the wife of the Special Anti-Robbery Squad (SARS) officer, Michael Maji, killed by gunmen in Rivers State, has revealed what may have caused the death of her husband.

“I think my husband’s death was a set – up. His killers were monitoring him immediately he left the house and went out to drink with some of his friends.

“Although I don’t know the particular bar he went to hang out with his friends , I was told that after drinking for a while , he needed some money and he left the place to a bank at Polytechnic Road to withdraw some money from an ATM there. That was when the armed boys followed him . They said his assailants operated in a Toyota Sienna and two bikes . They double – crossed him and killed him on Polytechnic Road.

“He told me that he was receiving some threat messages from some people. They were threatening him that they would kill him , but he did not show me the number or messages.

“I believe that envy is the reason behind his death. This is because whenever his team goes out for an operation and catches an armed robber or an armed robber is killed , they will call Michael’s name .

“That it was him that shot or arrested the person ; they would not say it is SARS men or any division; rather they would call my husband’s name.

“I believe that the envy is from his office and some of his colleagues are among; they conspired with cult boys in Bori to kill my husband.”