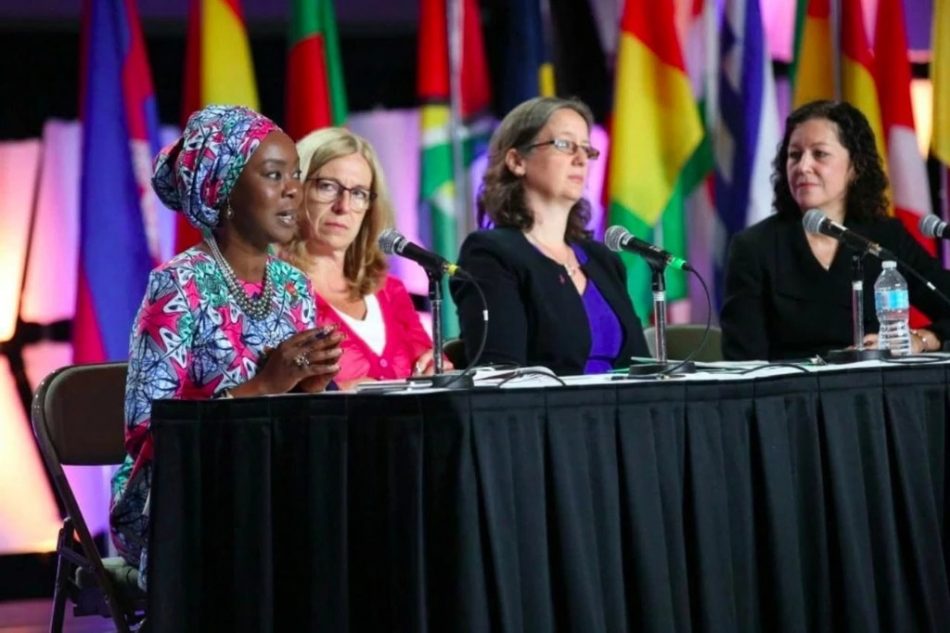 Toyin Saraki, Wife of the Senate President and founder-president of the Well-being Foundation Africa (WBFA), marked the International Workers Day on Tuesday, May 1, by paying tribute to WBFA midwives and the International Confederation of Midwives (ICM).

Saraki praised the Midwifery Leaders Showcase, an ICM initiative which tells the stories of midwives all over the world in a series of featured interviews.

In her speech, Mrs Saraki said:

“On International Workers Day I salute the work of the International Confederation of Midwives (ICM) – which covers 132 midwives associations, 113 countries and 500,000 midwives. Their work has saved countless lives during pregnancy and childbirth around the world.

“As ICM Global Goodwill Ambassador I advocate for midwives leading the way with quality care. I welcome the ICM Midwifery Leaders Showcase, which has featured WBFA’s own much-missed and dearly departed Felicity Ukoko, as an innovative way to show the transformative effect that the work of midwives has on women, infants and communities.”