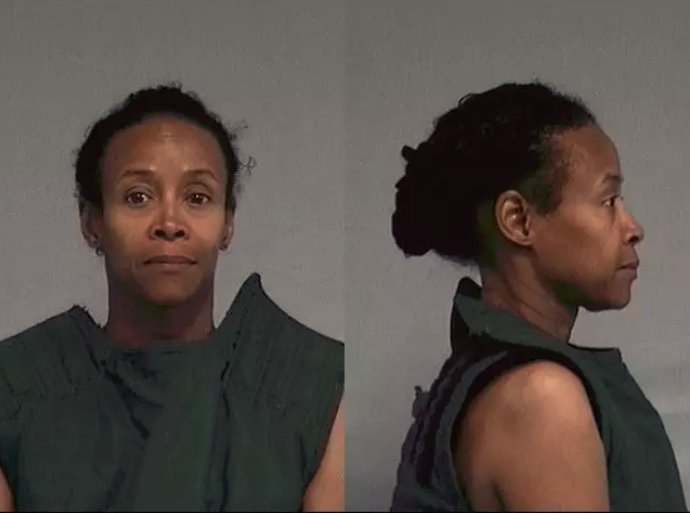 A Florida woman on Tuesday May 29 shot her husband for talking to her in what she believed to be in an off-color manner.

Lawanda Brown, 57, of Fernandina Beach, was arrested on suspicion of attempted murder after police found her husband lying in a pool of blood with a gunshot wound to the back of his head, according to the Nassau County Sheriff’s Office.

Lawanda Brown told authorities that herself and her husband, Tony Brown run a consulting business together and were working from home when Tony reportedly asked her to do a Google search to find a template for a project they were working on.

“While she was searching for templates, Mrs. Brown stated that she could hear a tone in her husband’s voice that he was unpleased with how she was fulfilling his request,” Sheriff’s Detective Mark Murdock wrote in an arrest report.

From there things got heated but Brown was unsure of the specifics of what followed.

“Mrs. Brown said she wasn’t entirely clear on what was going on, ‘It was all a blur,’ and Mr. Brown started walking out the loft,” Murdock wrote.

Her husband, Tony Brown, was airlifted to a hospital with a gunshot wound to the back of the head. Tony survived the shot from the .38-caliber revolver but is still in critical condition.

Lawanda was arrested and booked into the Nassau County Jail. Her bail is being held at $500,000.