Wife stabs, machete husband to death on arrival from sleeping outside 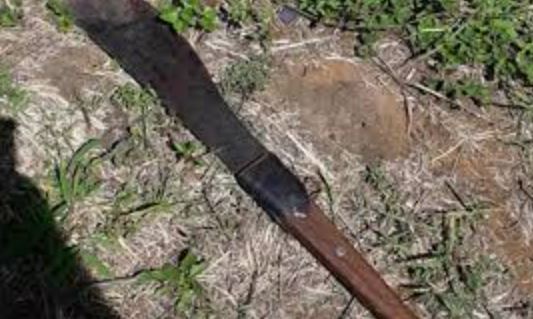 A housewife Mrs Okiemute Dafe has been arrested by operatives of the Delta State Police Command for allegedly hacking her husband to death with a machete.

The woman hacked her husband, simply identified as Dafe, to death on Kulup Street, off Ekrejegbo in the Ughelli North Local Government Area of the state after he arrived home from sleping outside the matrimonial home.

The disagreement between the couple on Monday degenerated into a physical confrontation and the suspect attacked the deceased with a cutlass on the head after stabbing the victim.

The man also known as Best Cartel, sustained severe cuts and he was rushed to the Ughelli Central Hospital by neighbours but was pronounced dead by medical personnel at the Accident and Emergency Unit of the hospital.

The woman then attempted to flee, but she was apprehended by youths and neighbours who attempted to set her ablaze but was rescued by policemen from the Ughelli Police Area Command.

The mob further followed the police team to the station and attempted breaking into the station, but were dispersed by operatives, who resorted to firing gunshots in the air.