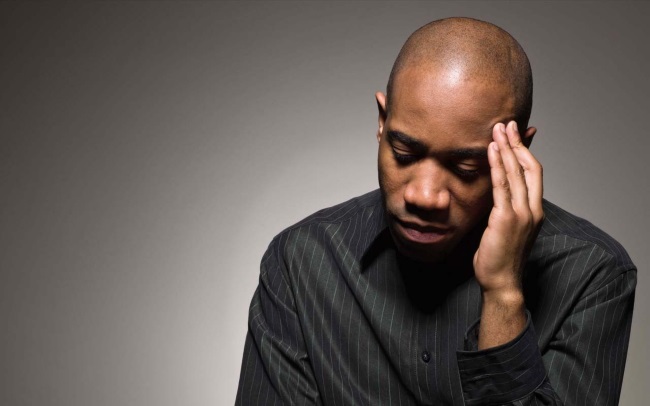 I’ve been hustling to another country for a couple of years while wifey was working in Nigeria and living alongside children. Marriage always has been turbulent and we actually almost got separated right after I travelled out. We one way or another worked on our problems with the assistance of pastors, friends and family, and after a couple of years of ”roughing” it abroad to pave way for them, I eventually was successful and my family arrived a couple of months ago.

I had been hot tempered, however I have had plenty of time to gain understanding of my inadequacies and reflect on them. I am now considerably calmer because of the resolve to make my marriage much better and as per ”abroad levels”. My wife however is fully taking advantage of me and the environment we find ourselves in. The very first thing she did on getting here was to cut of my whole family. She told me she does not want to have absolutely nothing to do with any of them any longer. She has also not been too willing to kickstart her career,  all she does really is endless picture taking and editing for social media hyping.

ALSO READ:Consent no longer given to husband

I understand this could be because of the initial ”euphoria” phase because she is coming abroad to a massive house, big car and having no limitations on most of the things we used to manage way back in Nigeria, and she thinks things are bread and butter. You’d probably in no way think for a second that she’s a married woman if you check out her profiles on social media!

She has become a lot more toxic person than she has ever been in Naija.  She is now very bossy, never ever backs down, always the attacker, ever ready for a fight, lazier, always on social media, communicates with me as little as possible, embarrasses me in the community with the constant noises coming from our house, and finally her threats have now tripled! Madam is currently so ferocious that I have become the house chicken. Just within a couple of months of being here o! She told me that she will show me for all the ”gra gra” I used to do back in Nigeria. Family and friends advised me against bringing this woman here but I no wan hear word as per responsible family man wey I dey boast of being.

Her favorite threat is usually ”I will end your career”. I was not taking this too seriously at first, but she then started following through with the threats by constant calls to the police and other services, making crazy and baseless career ending allegations and accusations against me.

Ive never been the one to first lay my hands on her, but I have poured drinks on her before when she attacked me. My wife now gets very physical with no any element of self-control, fear or restraint after the simplest argument and sometimes, she causes damage to things out of anger. She does this so frequently and never hesitates to dare me to do my worst.

I recently found out that she has signed up on dating sites and when I even caught her chatting about sex to a particular man locally, she said that it was all my fault. She did not say sorry for this. She even referred to it one time after a disagreement that if I am convulsing like this over just a sex chat, she’s waiting to see what I’d do when I see a man on top of her.

ALSO READ:I think I made a massive mistake divorcing my wife.

My productivity at work has dropped drastically and I am now near depression. Next door neighbours called the police on us one time after a great deal of noise from out house. She accused me of domestic violence. The police had to separate us and I was stuck at home for an extended period and could not go to work due to this. I am now being investigated for domestic abuse, which is a serious crime as madam wants it and I have had to report the situation to my company! Everything is so unpleasant that I am now scared that probably I haven’t seen the worst yet.

I am so scared of losing it all and returning to Nigeria broke because I spent my last card and even racked credit card debt to bring them here hoping to pay off bit by bit. I still have a few years to get my citizenship and if I lose my job now, that is the end for all of us!

ALSO READ:Just a rant that most of you probably had already.

In the meantime, I’m not sure what is going to happen to us, as this woman is so determined to cause great and permanent damage that could ruin our lives, just to get back at me and she is being cheered on by her family and friends.

THE SITUATION IS SO MESSED UP!

Divorce has now been filed. I also recently got lucky as I was able to secure a restraining order when she messed up again and hit me daring me to do my worst. I called the police and made a proper case and she was arrested. She has been banned from the house for a month. The police advised me to talk to my lawyer and extend indefinitely if I want to. I hope to get this done ASAP. The law here does not only protect women but also protects innocent men. All you need is patience and wisdom. Thank you all for your ideas. Still several hurdles to cross but I am on the winning side for now.