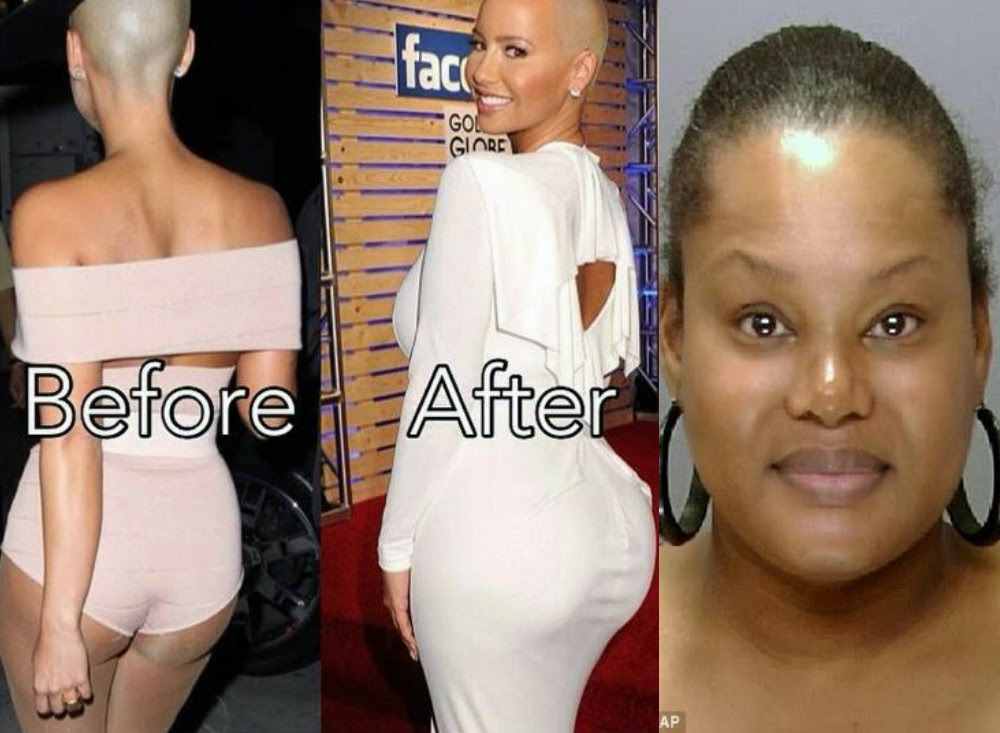 Recently, transgender woman Padge-Victoria Windslowe who’s going through trial over the death of Nigerian dancer Claudia Aderotimi following a messed up cosmetic surgery, said she cannot be held responsible for Claudia’s death given that she was proficient at her job and had numerous well-known clients, claiming Amber Rose was one of them. The lady vowed under oath that Amber started getting injections from her well before she became famous.

Under cross-examination, Padge-Victoria (pictured right) stated that Kanye West dropped off Amber at her practice for one procedure while they were courting. She also said she was supposed to carry out a “correction” on Nicki Minaj that never took place.

She said Amber Rose was like a walking billboard for her business.

Asked by Assistant District Attorney Carlos Vega why they would choose an unlicensed practitioner over a LA plastic surgeon, Windslowe said, “I was the best, and I don’t mean that to be cocky.”
Posted by