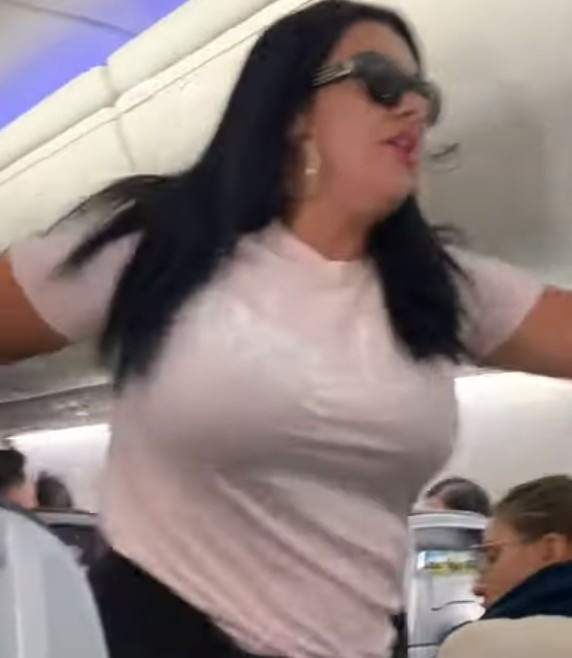 A woman was highly abusive to her boyfriend on a plane and she even went as far as hitting him on the head with a laptop because he looked at other women.

In a viral video, the American woman can be seen verbally assaulting the man, who she referred to as “Memo”. It soon turned physical and the woman refused every attempt by staff to restore peace in the packed American Airlines flight from Miami to Los Angeles.

The woman called the man a “nig***” multiple times and accused him of “looking at other women.”

The woman also used swear words and when an air hostess warned her to stop using the F word because of a child closeby, the woman said: “Yeah I know. I fuc**** consulted the fu***** child.”

The couple was eventually sent out of the plane and as they walked down the aisle, the woman hit the man on the head with a laptop then started pounding him with her fists.