A woman can never be father of her child –Angela Okorie 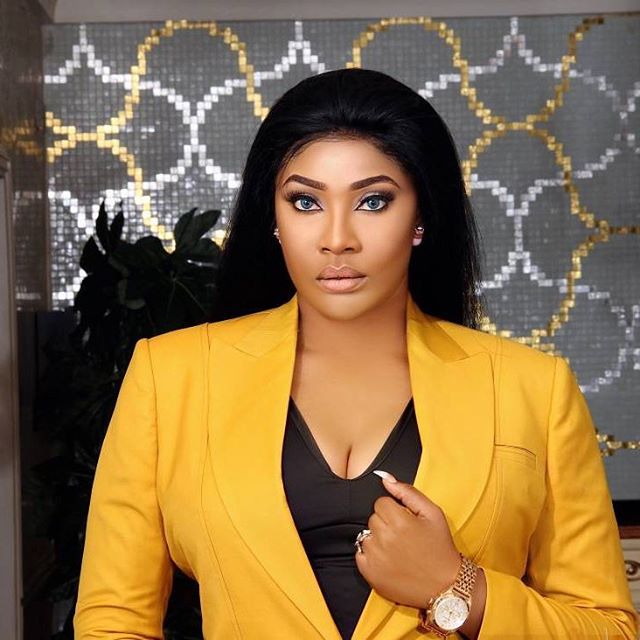 Actress Angela Okorie, doesn’t believe a woman can play the role of a father in the life of a child.

The actress in a chat with Sunday Scoop said, “As a mother, you can do everything for your child but that doesn’t make you a father. I feel that the male-bashing on social media is too rampant these days. The fact that you contribute 99 per cent of things in the home does not make you the man of the house.

God knows what He was doing when he created two genders. It takes two people to make a baby. The fact that you are separated from your husband does not mean you should come online and call yourself a man. I’m not trying to throw shades at anyone; I’m just trying to be blunt. I know it’s an emotional issue, and that’s why a lot people have chosen to get upset about what I wrote on my page.

Any woman that disrespects the father of her child does not know God. As a woman, you are supposed to be under a man. Women tend to talk a lot and always want to respond to whatever the man says and this may lead to beating. However, I am not saying that it is right for a man to beat a woman. It is better to walk away in such situations.

A lot of women also have issues and that is why they don’t want to be under a man. Marriage goes beyond dating; it is long-term. It is only natural for people to have issues in their marriages; you just have to manage it. And if you cannot manage it, you should move on. Whatever bad things you say about your man will reflect on you and your children who carry his name. When you have issues in your marriage, it is better to sort it out behind closed doors instead of bringing it on social media. When you make up with your spouse, the public will not forget those things you said.”

Restating her reason for shielding her family, especially her husband, from the public eye, Okorie said, “I don’t want people to know about my family; that’s why I don’t post pictures of my husband. At the end of the day, social media is going to help you destroy your home. When you bring your family business on social media all the time, it would cause you pain because people would intrude into your marriage. Once there is a third party in your home, trouble begins.”