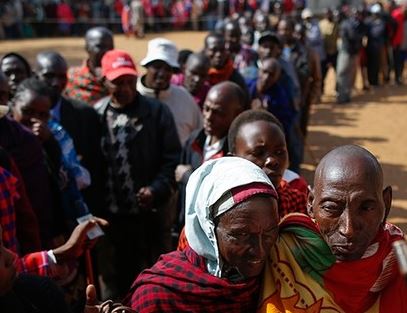 A Kenyan woman, Paulina Chemanang gave birth to a baby girl while waiting to cast her vote in Kenya’s election yesterday.

The woman was helped to deliver the baby by other voters at Konyao Secondary School in West Pokot, before being rushed to a nearby dispensary.

Shockingly, she returned to vote and was interviewed by Kenya’s Capital FM where she said, ‘having given birth at a polling station is a blessing to me and I thank God’.

She has since named her baby Chepkura. “Kura” means ballot or vote in Swahili.