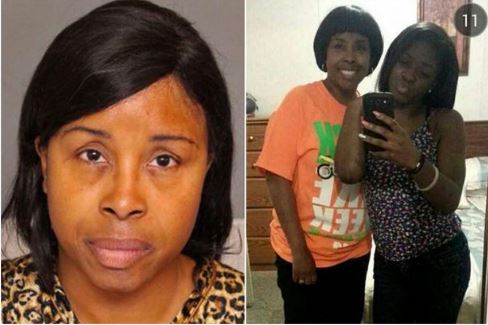 A woman identified as Gloria Williams, has been sentenced to 18years imprisonment for kidnapping a baby from a hospital 20years ago and raising her as her own.

Gloria Williams posed as a nurse and stole Kamiyah Mobley from a Jacksonville hospital, Florida back in July 1998. She changed the girl’s name to Alexis Manigo, moved to South Carolina and raised her as her own.

According to Mirror Online, Kamiyah had forgiven the woman who raised her and begged the court for leniency.

The trial, Shanara Mobley told the court she thought about suicide “every day”, said she still feels the loss deeply, which worsened after watching her daughter refer to her kidnapper Gloria Williams as “mom”.

Ms Mobley has called for Williams to face the death penalty.

Williams, who was arrested in 2017, entered guilty pleas to charges of felony kidnapping and interference earlier this year as part of a plea deal with prosecutors.