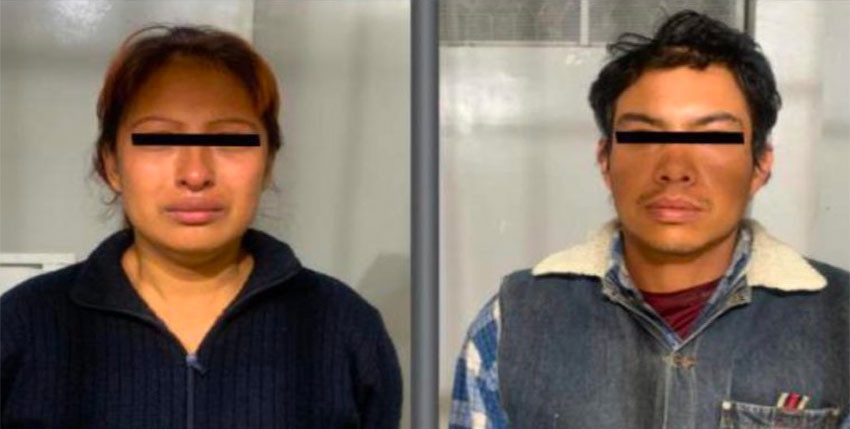 A woman who alongside her husband, police authorities suspect of murdering and torturing
Mexican schoolgirl Fatima Aldrighett Anton, 7, in a crime that has shocked Mexico after the child’s body was found in a wheelie bin in Mexico City, has revealed that she kidnapped the school girl so her partner wouldn’t sexually abuse their own children.

Fátima Aldrighett disappeared after leaving school in Mexico City on 11 February and her body was discovered with signs of physical and sexual abuse four days later in a bin bag. On the day she disappeared, a CCTV outside her school captured her with an unknown woman who has been arrested by police on suspicion of raping, torturing and murdering the young girl alongside her partner .

In a crime that shocked the country, Mario Alberto Reyes Najera is now alleging her partner Gladis Giovana Cruz Hernandez had threatened to abuse their own children according to reports from Mexican media houses.

The Mexican Attorney General’s Office (FGJ) also revealed that the suspects’ three children – two girls and a boy,  show signs of abandonment and being sexually assaulted.

Najera’s aunt, Irma Reyes, reportedly reported Hernandez to the police after he told her he wanted his daughter brought to him as a “girlfriend”.

Mexico City government head Claudia Sheinbaum said to reporters Thursday: “They are children in vulnerable conditions and we are going to pay attention to them so the family can have the support they need.”