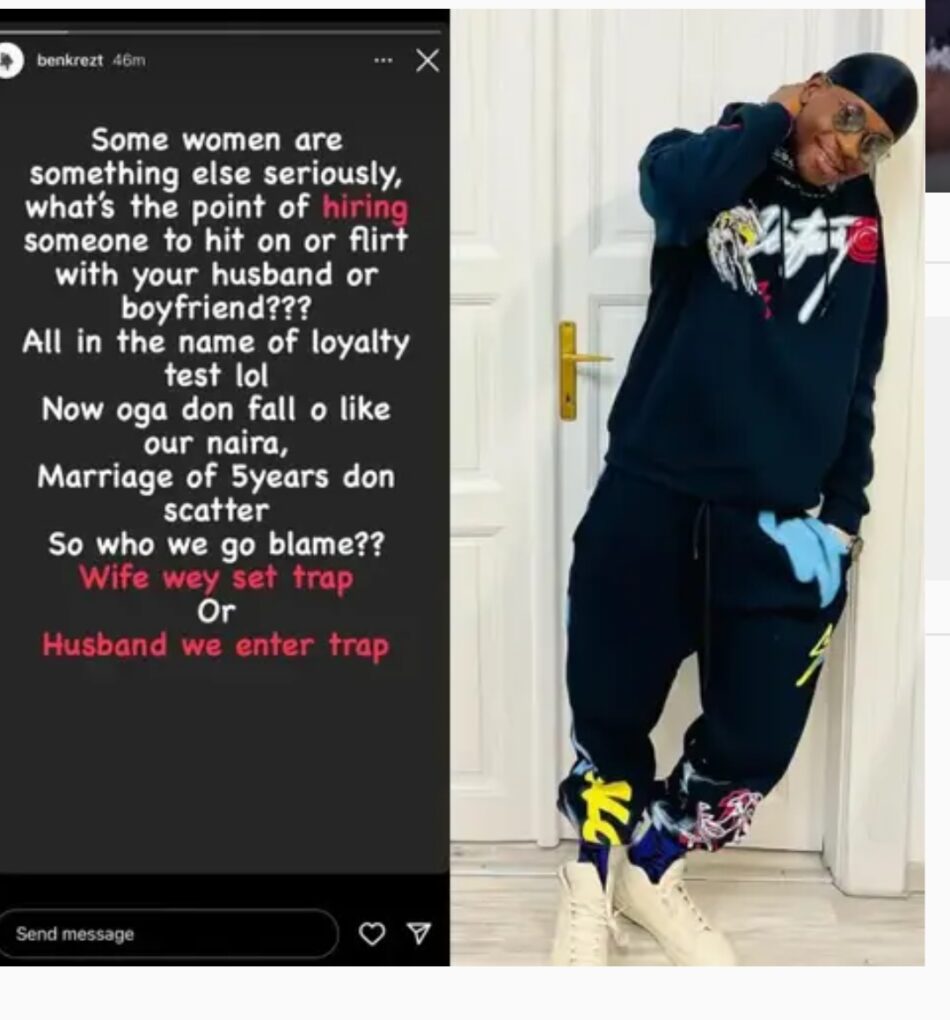 A woman has reportedly used her hands to destroy her marriage after she hired another lady to test her husband.

Nigerian singer, Benkretz shared concise details of the story on his Instagram page as he noted that the woman lost her husband to the lady she used to run the test on him.

He revealed that she hired someone to flirt with him and see if her husband will resist the temptation to cheat on her after being married for five years, but he failed.

Benkretz wrote; ”Some women are something else seriously, what’s the point of hiring someone to hit on or flirt with your husband or boyfriend???

Marriage of 5 years don scatter, so who we go blame??