Woman poisons her sister-in-law, confesses after her burial in Bayelsa 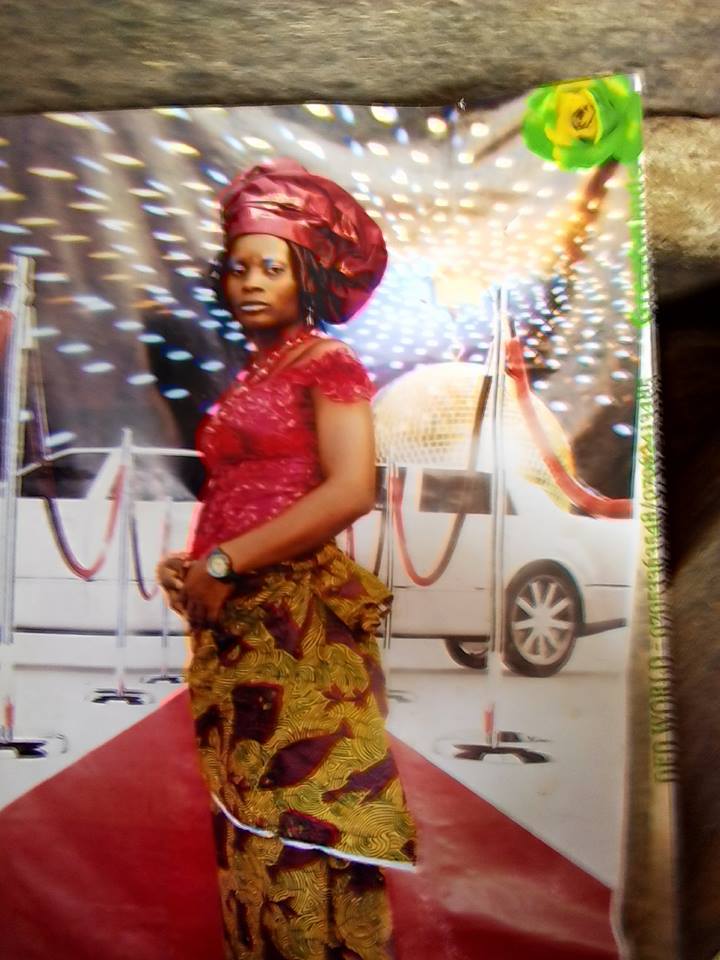 Violence has broken out in Agudama Epie community area of Bayelsa state, after aggrieved  youths descended on a woman who allegedly confessed to have poisoned her sister-in-law.

The deceased, 37-year-old mother of eight, Pinaere Promise, died on Sunday morning while she was being rushed to the hospital.

Her sister in-law, Mama Toufa, reportedly fell ill shortly after Promise’s burial. She was taken to a church for prayers where she reportedly confessed to having a hand in the death of Promise.

Below is the story as shared by a Facebook user, Vure Kingsley:

“There Is Pandemonium In Agudama Epie as Aggrieved Ijaw Youths Pounce On A Suspected Lady Who They Alleged Confessed To Have Poisoned 37 Yrs Old Mother Of 8 Children Named Pinaere Promise From Ndoro In Ekeremor Local Government Area Of Bayelsa State, The Deceased Pinaere Promise Collapsed On A Sunday Morning And Died In Less Than 3Minutes On There Way To Hospital.

Source Said The Lady On The Picture Mama Torufa Was Alleged To Have Poisoned Pinaere Promise, Corroborating The News Miss Salvation, a Sister To The Husband Of The Decesed Said They Noticed Last Thursday At About 10am Mama Torufa’s Face Was Swollen Without Any Injury Or Complain Of Ailments. Her Hands Were Also Noticed To Have Paralysed A Night Before Her Service Of Songs Of Her Late Sister In Law, She Said They Returned From The Burial And Was Curious On Her Sudden Ailment And Paralysis, Mama Torufa Who Is There Oppsite Door Neighbour Has Been Acting Funny Since The Death Of Her Sister In Law, She Said They Noticed Her Absence Two Days Ago And Her Daughter Torufa Was Asked Where There Mother Is And She Brokered The News That Their Mother Is In A Zion Church Across The Creek Of Agudama Opposite Law School To Have Been Confessing And Responsible For The Death Of Pinaere Who Was Buried Last Friday At Her Home Town Ndoro.

At The Time Of Filling This Report Her Apartment And Her Properties Has Been Vandalized And Burnt, Angry Youths And Relatives Of The Deceased Has Also Vandalized The Church As The Suspected Lady Was Not Found In The Church.
The Police Is Yet To Arrive At The Scene.” 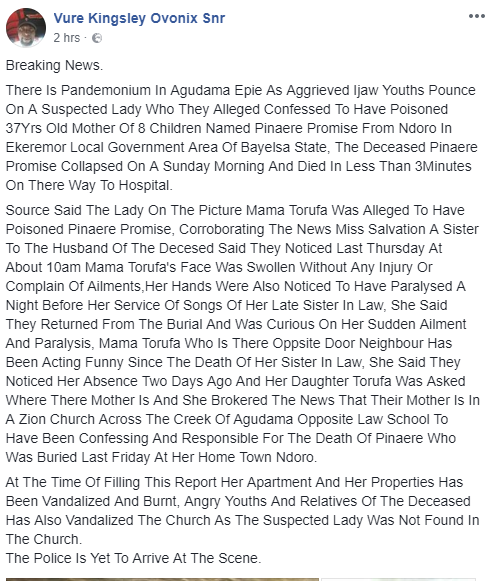